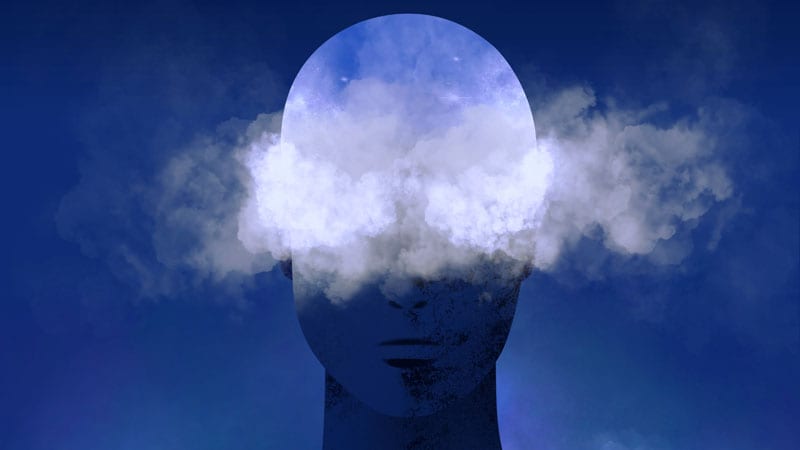 Weeks after Jeannie Volpe caught COVID-19 in November 2020, she could no longer do her job running sexual assault support groups in Anniston, AL, because she kept forgetting the details that survivors had shared with her. “People were telling me they were having to revisit their traumatic memories, which isn’t fair to anybody,” the 47-year-old says.

Volpe has been diagnosed with long-COVID autonomic dysfunction, which includes severe muscle pain, depression, anxiety, and a loss of thinking skills. Some of her symptoms are more commonly known as brain fog, and they’re among the most frequent problems reported by people who have long-term issues after a bout of COVID-19.

Many experts and medical professionals say they haven’t even begun to scratch the surface of what impact this will have in years to come.

“I’m very worried that we have an epidemic of neurologic dysfunction coming down the pike,” says Pamela Davis, MD, PhD, a research professor at Case Western Reserve University’s School of Medicine in Cleveland.

In the 2 years Volpe has been living with long COVID, her executive function – the mental processes that enable people to focus attention, retain information, and multitask – has been so diminished that she had to relearn to drive. One of the various doctors assessing her has suggested speech therapy to help Volpe relearn how to form words. “I can see the words I want to say in my mind, but I can’t make them come out of my mouth,” she says in a sluggish voice that gives away her condition.

All of those symptoms make it difficult for her to care for herself. Without a job and health insurance, Volpe says she’s researched assisted suicide in the states that allow it but has ultimately decided she wants to live.

“People tell you things like you should be grateful you survived it, and you should; but you shouldn’t expect somebody to not grieve after losing their autonomy, their career, their finances.”

The findings of researchers studying the brain effects of COVID-19 reinforce what people with long COVID have been dealing with from the start. Their experiences aren’t imaginary; they’re consistent with neurological disorders – including myalgic encephalomyelitis, also known as chronic fatigue syndrome, or ME/CFS – which carry much more weight in the public imagination than the term brain fog, which can often be used dismissively.

Studies have found that COVID-19 is linked to conditions such as strokes; seizures; and mood, memory, and movement disorders.

While there are still a lot of unanswered questions about exactly how COVID-19 impacts the brain and what the long-term effects are, there’s enough reason to suggest people should be trying to avoid both infection and reinfection until researchers get more answers.

Worldwide, it’s estimated that COVID-19 has contributed to more than 40 million new cases of neurological disorders, says Ziyad Al-Aly, MD, a clinical epidemiologist and long COVID researcher at Washington University in St. Louis. In his latest study of 14 million medical records of the U.S. Department of Veterans Affairs, the country’s largest integrated health care system, researchers found that regardless of age, gender, race, and lifestyle, people who have had COVID-19 are at a higher risk of getting a wide array of 44 neurological conditions after the first year of infection.

He noted that some of the conditions, such as headaches and mild decline in memory and sharpness, may improve and go away over time. But others that showed up, such as stroke, encephalitis (inflammation of the brain), and Guillain-Barre syndrome (a rare disorder in which the body’s immune system attacks the nerves), often lead to lasting damage. Al-Aly’s team found that neurological conditions were 7% more likely in those who had COVID-19 than in those who had never been infected.

What’s more, researchers noticed that compared with control groups, the risk of post-COVID thinking problems was more pronounced in people in their 30s, 40s, and 50s – a group that usually would be very unlikely to have these problems. For those over the age of 60, the risks stood out less because at that stage of life, such thinking problems aren’t as rare.

Another of study of the veterans’ system last year showed that COVID-19 survivors were at a 46% higher risk of considering suicide after 1 year.

“We need to be paying attention to this,” says Al-Aly. “What we’ve seen is really the tip of the iceberg.” He worries that millions of people, including youths, will lose out on employment and education while dealing with long-term disabilities – and the economic and societal implications of such a fallout. “What we will all be left with is the aftermath of sheer devastation in some people’s lives,” he says.

Igor Koralnik, MD, chief of neuro-infectious disease and global neurology at Northwestern University in Chicago, has been running a specialized long COVID clinic. His team published a paper in March 2021 detailing what they saw in their first 100 patients. “About half the population in the study missed at least 10 days of work. This is going to have persistent impact on the workforce,” Koralnik said in a podcast posted on the Northwestern website. “We have seen that not only patients have symptoms, but they have decreased quality of life.”

For older people and their caregivers, the risk of potential neurodegenerative diseases that the virus has shown to accelerate, such as dementia, are also a big concern. Alzheimer’s is already the fifth leading cause of death for people 65 and older.

In a recent study of more than 6 million people over the age of 65, Davis and her team at Case Western found the risk of Alzheimer’s in the year after COVID-19 increased by 50% to 80%. The chances were especially high for women older than 85.

To date, there are no good treatments for Alzheimer’s, yet total health care costs for long-term care and hospice services for people with dementia topped $300 billion in 2020. That doesn’t even include the related costs to families.

“The downstream effect of having someone with Alzheimer’s being taken care of by a family member can be devastating on everyone,” she says. “Sometimes the caregivers don’t weather that very well.”

Among other things, long-covid (like many chronic illnesses) is immensely isolating. Brain fog and brain exhaustion are distressing when thinking is a huge part of your work. Grateful for the love and solidarity of colleagues and friends…

When Davis’s own father got Alzheimer’s at age 86, her mother took care of him until she had a stroke one morning while making breakfast. Davis attributes the stroke to the stress of caregiving. That left Davis no choice but to seek housing where both her parents could get care.

Looking at the broader picture, Davis believes widespread isolation, loneliness, and grief during the pandemic, and the disease of COVID-19 itself, will continue to have a profound impact on psychiatric diagnoses. This in turn could trigger a wave of new substance abuse as a result of unchecked mental health problems.

Still, not all brain experts are jumping to worst-case scenarios, with a lot yet to be understood before sounding the alarm. Joanna Hellmuth, MD, a neurologist and researcher at the University of California, San Francisco, cautions against reading too much into early data, including any assumptions that COVID-19 causes neurodegeneration or irreversible damage in the brain.

Even with before-and-after brain scans by University of Oxford researchers that show structural changes to the brain after infection, she points out that they didn’t actually study the clinical symptoms of the people in the study, so it’s too soon to reach conclusions about associated cognitive problems.

“It’s an important piece of the puzzle, but we don’t know how that fits together with everything else,” says Hellmuth. “Some of my patients get better. … I haven’t seen a single person get worse since the pandemic started, and so I’m hopeful.”