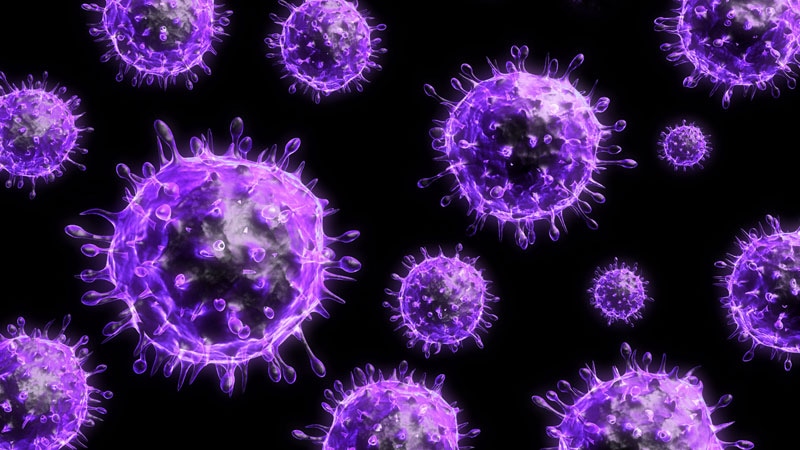 What is the current state of H5N1 infections among wild and domestic birds in the United States and internationally?

In the United States, highly pathogenic avian influenza A(H5N1) virus has been detected in wild birds in 41 states. This includes migratory waterfowl, such as ducks and geese, as well as other bird species, including resident birds of prey like owls, eagles, hawks, and falcons. These infections generally have not been detected in suburban or urban birds that you might see coming to a bird feeder.

What is the current state of H5N1 infections among humans?

There has been one human infection reported in England in January of this year (2022) that occurred in December 2021. That infection was detected in an 80-year-old man who raised ducks. After a few of his ducks became sick with H5N1 virus infection, the man also was found to have the virus but was asymptomatic.

In April 2022, a Colorado man involved with poultry disposal operations reported fatigue and had an upper respiratory tract specimen collected, which tested positive for H5N1 virus. When he was resampled, however, he tested negative for influenza. He was isolated and treated with oseltamivir, which is an antiviral drug used for treatment of seasonal influenza. It is unclear whether he was actually infected or if the test was positive because of transient detection of H5N1 virus contamination.

Nevertheless, we are working with local and state public health partners to monitor people that have been exposed to H5N1 virus–infected birds. So far, there have been more than 3000 people monitored by local state health partners in collaboration with CDC after exposure to birds with the virus infection. About 90 people who developed symptoms after their exposures were tested and none of them had detection of H5N1 except for this one individual in Colorado. It’s important to remember that there are many other causes of acute respiratory illness symptoms in humans, which include common respiratory virus infections and SARS-CoV-2.

Previous H5N1 viruses have circulated in wild birds and infected poultry during cooler months, so in the fall, winter, and spring, but not exclusively.

But it’s important to note that the viruses causing these backyard and commercial flock outbreaks are different than H5N1 viruses from previous years. These current-clade 2.3.4.4b viruses circulating not only in the US but in other places in the world appear to the quite well adapted to spread in wild birds, and they appear to be less well adapted to infect people than previous H5N1 viruses.

How does the number of cases we have seen so far in 2022 compare with previous years?

But as I mentioned before, the H5N1 viruses that caused human infections before 2020 are different from the clade 2.3.4.4b viruses that are spreading in wild birds now, which appear to be less adapted to infect humans.

Highly pathogenic avian influenza A viruses, which includes H5N1 virus, can cause a range of illness when they infect wild birds: anywhere from no illness (asymptomatic infection) to death. (The categorization of ‘highly pathogenic’ in this context only refers to how a virus can cause severe disease and mortality in infected birds and is based upon specific virus characteristics; it does not apply to disease severity in infected people.) These avian viruses can infect domestic poultry and cause outbreaks with high mortality in certain poultry species, like chickens and turkeys. Signs of infection include loss or lack of energy, lack of appetite, difficulties in coordination, purple discoloration and/or swelling of different body parts, diarrhea, and rapid death. H5N1 viruses are present in respiratory secretions and feces of infected birds and can be present in bird tissues and contaminate their feathers.

How contagious is H5N1?

H5N1 viruses are very contagious among birds. However, it has been very uncommon for H5N1 virus to spread from a bird, whether it’s a wild bird or poultry, to infect a human. When that has occurred, it has been in the context of unprotected, close, or direct exposure, meaning the person was not wearing personal protective equipment. There is either aerosolization of the virus and then inhalation of the virus, or an individual could potentially self-infect themselves by having the virus on their hands and fingers and, by contact transmission, infect their mucous membranes.

Human-to-human H5N1 virus transmission is even rarer. These infections have been limited and nonsustained, meaning that the infection stopped after one or two infections and did not spread in the community. Most of these clusters of H5N1 virus infection in humans have occurred in blood-related family members through prolonged unprotected close exposures. These infections have occurred in households or when a family member is taking care of a hospitalized infected individual for a prolonged period without using personal protective equipment. There have been two instances of third-generation transmission, or where one individual infected another person who then infected a third person, all in blood relatives. Though these are very rare, H5N1 clusters are of great concern and it’s very, very important to investigate every single case and follow and monitor the close contacts very closely to assess whether additional infections have occurred.

Historically, people with H5N1 virus infections start out with signs of upper respiratory tract infection, cough, and sore throat, and many will have a fever. This can progress to lower respiratory tract disease, manifesting in symptoms such as a worsening dry cough, shortness of breath, and difficulty breathing. Some of these people can also have gastrointestinal symptoms, such as diarrhea and vomiting.

H5N1 virus infections can lead to severe disease, such as viral pneumonia, acute respiratory distress syndrome, and respiratory failure. This can progress to multi-organ failure, septic shock, and death. Other rare complications have included altered mental status and seizures with encephalitis, progressing to loss of consciousness.

All of these signs and symptoms have also been observed in people with seasonal influenza virus infection with the most severe complications, but the mortality in reported H5N1 cases is so much higher than seasonal influenza. Since 1997, there have been more than 880 cases of H5N1 and case fatality has been about 53%.

Ideally for seasonal influenza or for H5N1, you want to initiate antiviral treatment as soon as possible. One of the challenges is that in countries that have reported H5N1 human cases, there’s often a delay in when antiviral treatment can be started because diagnosis of H5N1 was delayed. Often, treatment is started a few days after a patient is admitted to the hospital with pneumonia, which is typically at day 5-7 of the illness. Otherwise, clinical management for seasonal influenza and for H5N1 patients consists of supportive care of complications.

With seasonal influenza, we recommend that patients self-isolate until 24 hours after their fever is reduced without use of fever-reducing medications and they are clinically better and able to return to school or work. For hospitalized seasonal influenza patients, we typically recommend isolation for 7 days after symptom onset, and their healthcare providers should wear a medical face mask (droplet precautions) and patients should wear a facemask for source control. Whereas, if there was a hospitalized H5N1 case in the US, we would recommend isolation of that individual until testing is negative and they’re fully recovered and not an infectious risk to others. We also don’t put seasonal influenza patients in the same kind of isolation as H5N1 patients when hospitalized. People sick with H5N1 are placed in a negative pressure airborne room and healthcare personnel caring for the patient would be recommended to wear additional personal protective equipment, such as an N95 respirator, goggles, gown, and gloves.

The influenza vaccines that are available are for prevention of seasonal influenza; they do not protect against H5N1 virus infection, and there are no available H5N1 vaccines.

Accessing the evolution of influenza A viruses in birds as well as pigs that may cause pandemic threats is an ongoing process. The CDC has developed a vaccine candidate that would be protective against the clade 2.3.4.4b H5N1 viruses currently circulating in wild birds right now. As the virus evolves and other viruses evolve, the CDC and partners worldwide will continue to further develop vaccine candidate viruses for pandemic preparedness.

What do healthcare professionals and members of the public need to know about preventing or treating H5N1?

If someone has to handle wild birds or poultry that may be sick or dead, they should minimize contact by wearing gloves, respiratory protection such as a medical face mask, and eye protection like googles. People should wash their hands with soap and water after touching birds and monitor themselves for 10 days after exposure. If they develop respiratory symptoms after contact with wild birds or poultry, they should report those to their physician and to local public health for potential H5N1 virus testing.

But, as I mentioned, there are many different causes of acute respiratory illness symptoms in people that may not be related at all to bird exposures, such as such as respiratory viruses that circulate among people, including seasonal influenza A and B viruses and SARS-CoV-2. Testing for these viruses should also be considered.

Besides a vaccine, what other actions would the US government take in reaction to H5N1 spreading amongst humans?

Currently, this risk is very low. Right now, the CDC is working closely with state and public health partners to monitor and conduct H5N1 virus testing of exposed individuals.

If there were additional sporadic H5N1 cases that were detected in the US, and especially if there was any suggestion of human-to-human transmission, the CDC would work very closely with state and local public health partners to assist and expand surveillance and H5N1 testing, conduct contact tracing, and educate the public and clinical community about prevention, testing, and early antiviral treatment for H5N1 virus infections in people. Additional actions would depend upon whether new cases reflect sporadic avian-to-human or human-to-human H5N1 virus transmission.

Human Infection with Avian Influenza A Virus: Information for Health Professionals and Laboratorians