Global Incidence, Deaths From CRC Doubled Over Past 3 Decades 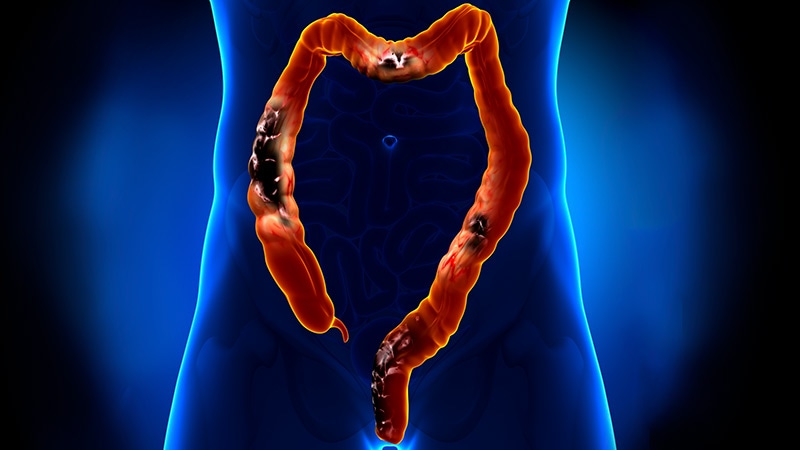 Globally, diagnoses and deaths from colorectal cancer (CRC) more than doubled over the past 30 years, according to a new analysis of 204 countries.

However, trends in CRC incidence and deaths varied by age, region, and sex. Investigators expressed particular concern over the rising incidence rates among people younger than 50 and those living in low and middle sociodemographic index countries in Asia and Africa.

The study was published online April 7 in The Lancet Gastroenterology and Hepatology.

CRC is the third leading cause of cancer deaths worldwide, but data on incidence and mortality by location, age, and sex remain less clear.

In the current Global Burden of Diseases, Injuries and Risk Factors Study, researchers evaluated age, sex, and geography-level estimates of CRC incidence, deaths, and disability-adjusted life-years (DALYs) from 204 countries between 1990 and 2019.

The authors further broke down CRC incidence and deaths by age, region, and sex.

Trends varied by age as well. CRC incidence rates increased the most in people aged 85 and older, followed by those between 20 and 49 years, while rates decreased for those between 50 and 80 years in high sociodemographic index countries.

The relative contribution of different risk factors also varied by region. For example, in sub-Saharan Africa and lower-income countries in Asian, diets low in calcium and milk were the main CRC risk factors. In contrast, smoking and alcohol consumption were the main risk factors driving CRC in high-income regions.

Still, the reasons underlying some of these trends — such as the increasing incidence of CRC in patients under the age of 50 — remain uncertain. One possible explanation for this trend, the researchers point out, is the birth cohort effect, which suggests that those born in the second half of the 20th century are increasingly exposed to potentially modifiable risk factors, such as an unhealthy diet, obesity, and sedentary lifestyles.

Overall, the authors note that the data generated in this study provide an important resource for both patients and oncologists about current trends in incidence and mortality and where gaps in preventive measures may exist.

In particular, the authors conclude that “public health interventions for colorectal cancer awareness, screening and prevention through containment of modifiable risk factors such as alcohol, smoking and unhealthy diet…and obesity are key to stemming the tide of colorectal cancer worldwide.”

The study was funded by the Bill & Melinda Gates Foundation. The authors have disclosed no relevant financial relationships.