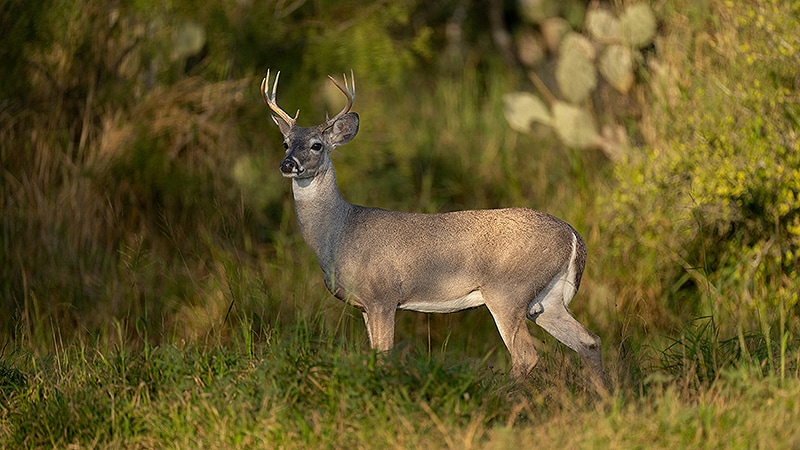 The CDC is encouraging health authorities to put more emphasis on regularly tracking the spread of the coronavirus in animals and watching for new variants that could mutate in wildlife and spread back to humans.

The guidance emphasizes a “One Health” approach, which focuses on how human health is connected to the health of animals and the environment.

“One of CDC’s primary One Health concerns is the establishment of a North American animal reservoir in which the virus could ‘hide,’ mutate, and potentially re-emerge as a new variant in the human population,” Jasmine Reed, a CDC spokesperson, told CBS News.

The World Health Organization published similar recommendations in early March, which encouraged countries to monitor COVID-19 infections in wildlife and stop animal reservoirs from forming. In the U.S., for instance, wild white-tailed deer have been infected through human-to-deer transmission, and the virus lineages detected in the deer have recirculated to nearby human populations, mostly in Northern states.

“Current knowledge indicates that wildlife does not play a significant role in the spread of SARS-CoV-2 in humans, but spread in animal populations can affect the health of these populations and may facilitate the emergence of new virus variants,” the WHO wrote, referring to the virus that causes COVID-19.

Last year, the U.S. Department of Agriculture tested blood samples from white-tailed deer in 32 counties across Illinois, Michigan, New York, and Pennsylvania and found coronavirus antibodies in 33% of the samples. None of the deer showed signs of illness during sampling.

The USDA is also supporting other research projects to build “an early warning system for SARS-CoV-2 and other animal diseases,” which includes testing rats and raccoons around sewer systems in New York, monitoring mink farms, and gathering samples at zoos and aquariums across the country.

“These and other wildlife surveillance projects are important because scientists estimate that three out of every four new or emerging infectious diseases in people come from animals,” Lyndsay Cole, a spokesperson for the USDA’s Animal and Plant Health Inspection Service, told CBS News.

Isolated COVID-19 cases have been found in hundreds of animals around the country, including pets, livestock, and zoo animals. But the inspection service’s nationwide tally shows that wild cases have been identified only among deer and mink so far.

In recent months, wildlife and public health officials at state and federal agencies have met to discuss ways to track and respond to the coronavirus in wildlife, which prompted the updated CDC guidance, CBS News reported. States can make their own decisions about what to do, which could include increasing surveillance of wildlife or putting limits on the feeding or handling of certain animals such as wild deer.

“Given our current state of knowledge in the pandemic, we have updated [the guidance] to reflect that surveillance efforts are now critical for early detection and prevention of virus spillover from animals, especially wildlife, to people,” Reed told CBS News.

World Health Organization: “Joint statement on the prioritization of monitoring SARS-CoV-2 infection in wildlife and preventing the formation of animal reservoirs.”