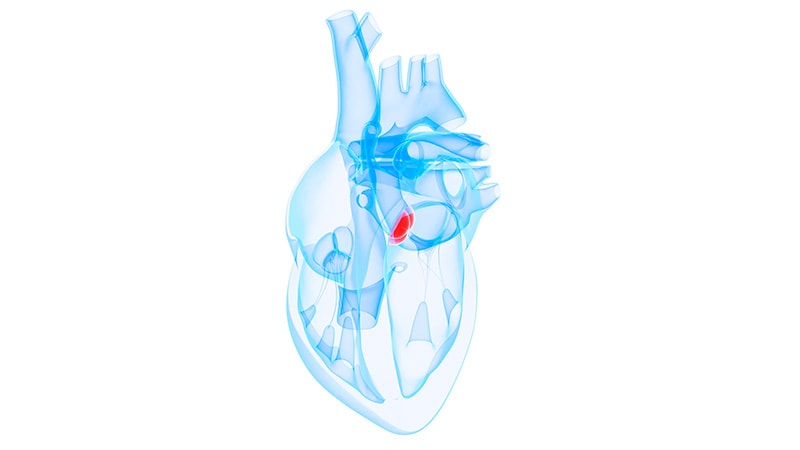 Structural aortic valve deterioration (SVD) at 5 years is lower following repair with a contemporary transcatheter implantation (TAVI) device than with surgery, according to a pooled analysis of major trials.

For healthier patients with a relatively long life expectancy, this is important information for deciding whether to undergo TAVI or surgical aortic valve repair (SAVR), Michael J. Reardon, MD, said at the annual scientific sessions of the American College of Cardiology.

“Every week I get this question about which repair is more durable,” said Reardon, whose study was not only designed to compare device deterioration but to evaluate the effect of SVD on major outcomes.

In this analysis, the rates of SVD were compared for the self-expanding supra-annular CoreValve Evolut device and SAVR. The SVD curves separated within the first year. At 5 years, the differences were highly significant favoring TAVI (2.57% vs. 4.38%; P = .0095).

As part of this analysis, the impact of SVD was also assessed independent of type of repair. At 5 years, those with SVD relative to those without had an approximately twofold increase in all-cause mortality, cardiovascular mortality, and hospitalization of aortic valve worsening. These risks were elevated regardless of type of valve repair.

The data presented by Reardon can be considered device specific. The earlier PARTNER 2A study comparing older- and newer-generation TAVI devices with SAVR produced a different result. When a second-generation balloon-expandable SAPIEN XT device and a third-generation SAPIEN 3 device were compared with surgery, neither device achieved lower SVD rates relative to SAVR.

More Than 4,000 Patients Evaluated at 5 Years

In the analysis presented by Reardon, data were pooled from the randomized CoreValve U.S. High-Risk Pivotal Trial and the SURTAVI Intermediate Risk Trial. Together, these studies randomized 971 patients to surgery and 1,128 patients to TAVI. Data on an additional 2,663 patients treated with the Evolut valve in two registries were added to the randomized trial data, providing data on 4,762 total patients with 5-year follow-up.

SVD was defined by two criteria. The first was a mean gradient increase of at least 10 mm Hg plus a mean overall gradient of at least 20 mm Hg as measured with echocardiography and assessed, when possible, by an independent core laboratory. The second was new-onset or increased intraprosthetic aortic regurgitation of at least moderate severity.

When graphed over time, the SVD curves separated in favor of TAVI after about 6 months of follow-up. The shape of the curves also differed. Unlike the steady rise in SVD observed in the surgery group, the SVD rate in the TAVI group remained below 1% for almost 4 years before beginning to climb.

There was greater relative benefit for the TAVI device in patients with annular diameters of 23 mm or less. Unlike the rise in SVD rates that began about 6 months after SAVR, the SVD rates in the TAVI patients remained at 0% for more than 2 years. At 5 years, the differences remained significant favoring TAVI (1.39% vs. 5.86%; P = .049).

In those with larger annular diameters, there was still a consistently lower SVD rate over time for TAVI relative to SAVR, but the trend for an advantage at 5 years fell just short of significance (2.48% vs. 3.96%; P = .067).

SVD Linked to Doubling of Mortality

The predictors for SVD on multivariate analysis included female sex, increased body surface area, prior percutaneous coronary intervention, and a prior diagnosis of atrial fibrillation.

“The CoreValve/Evolut supra-annular, self-expanding bioprosthesis is the first and only transcatheter bioprosthesis to demonstrate lower rates of SVD, compared with surgery,” Reardon said.

This analysis validated the risks posed by the definition of SVD applied in this study, which appears to be a practical tool for tracking valve function and patient risk. Reardon also said that the study confirms the value of serial Doppler transthoracic echocardiography as a tool for monitoring SVD.

Several experts agreed that this is important new information.

“This is a remarkable series of findings,” said James McClurken, MD, who is a cardiovascular surgeon affiliated with Temple University, Philadelphia, and practices in Doylestown, Penn. By both demonstrating the prognostic importance of SVD and showing differences between the study device and SAVR, this trial will yield practical data to inform patients about relative risks and benefits.

Athena Poppas, MD, the new president of the ACC and a professor of medicine at Brown University, Providence, R.I., called this study “practice changing” for the same reasons. She also thinks it has valuable data for guiding choice of intervention.

Overall, the data are likely to change thinking about the role of TAVI and surgery in younger, fit patients, according to Megan Coylewright, MD, chief of cardiology at Erlanger Cardiology, Chattanooga, Tenn.

“There are patients [in need of aortic valve repair] with a long life expectancy who have been told you have to have a surgical repair because we know they last longer,” she said. Although she said that relative outcomes after longer follow-up remain unknown, “I think this does throw that comment into question.”

This article originally appeared on MDEdge.com.