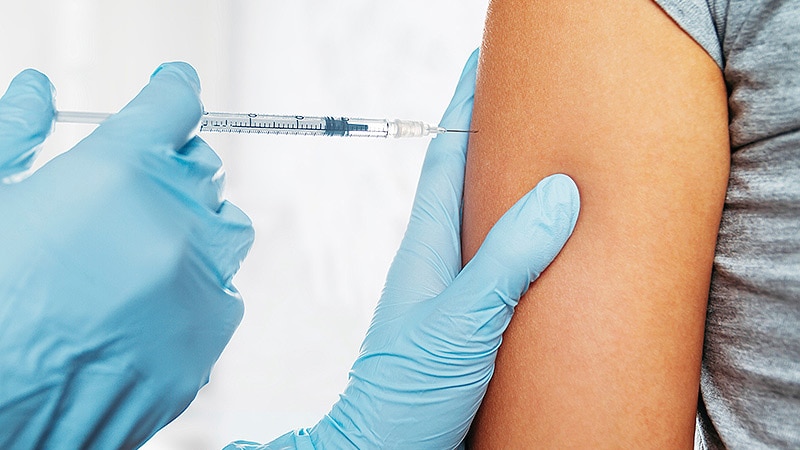 A long-acting subcutaneous antipsychotic (LASCA) suspension that combines risperidone with a novel copolymer substantially reduces both risk for relapse and time to impending relapse for patients with schizophrenia, new research suggests.

In the phase 3 Risperidone Subcutaneous Extended-release (RISE) trial, which included more than 500 patients with schizophrenia, those who received the novel combination treatment, known as TV-46000, had for relapse reduced by 80% with monthly administration and by 63.5% with the bimonthly dose.

The attributes of TV-46000, which include its subcutaneous delivery rather than intramuscular injections, its being active within 24 hours of first treatment, and its being administered monthly or bimonthly, “might be advantageous for some patients,” Kane noted.

Because it is also effective in reducing risk for relapse, TV-46000 is “another alternative when people are looking at the possibility of using a long-acting injectable formulation,” he added.

The findings were presented at the Congress of the Schizophrenia International Research Society (SIRS) 2022.

To examine the efficacy and safety of monthly and bimonthly doses of the drug, the researchers recruited patients aged 13 to 65 years who were diagnosed with schizophrenia more than a year previously and who had experienced at least one relapse in the previous 24 months.

After a screening period of up to 4 weeks, participants entered a 12-week pretreatment phase, during which their condition was stabilized on oral risperidone. During this period, the patients’ conditions had to remain stable for at least 4 consecutive weeks.

Patients were then randomly assigned in a 1:1:1 ratio to receive TV-46000 monthly, TV-46000 every 2 months, or matching placebo. All doses were given as subcutaneous injections.

Treatment was continued until participants experienced a relapse event, met at least one criteria for study withdrawal, or the study recorded a total of 90 or more relapse events.

In addition, the average length of time with the disease was 20.8 years, and the average time since the most recent relapse was 10.2 months.

The primary endpoint was time to impending relapse, the criteria for which included the following:

In the intent-to-treat population, which comprised all adults who underwent randomization, monthly TV-46000 was associated with a fivefold prolongation of time to impending relapse in comparison with placebo; TV-46000 given every 2 months prolonged the time 2.7-fold.

While more patients in the two active-treatment groups met the strict criteria for remission, which included no relapse during the study and PANSS scores of 3 or less for at least 6 months prior to the study endpoint, the differences were not significant.

The investigators note that TV-46000 was “well tolerated” and that there were no new safety signals in comparison with what is already known about risperidone and “other long-acting risperidone formulations.”

Expanding on the reasons why long-acting antipsychotics are underprescribed, Kane said that “doctors often overestimate how adherent their patients are.”

He added that doctors may worry they are “insulting” their patient by suggesting they receive injections in order to increase adherence and that doctors are “not very good” at having these types of conversation with their patients.

“We did a study where we trained the clinical staff on how to have those conversations, and the result was the uptake [in patients switching to long-acting antipsychotics] was very high,” Kane said.

The personnel who received training included all of the medical team, therapists, who spend “much more time” with the patient than does the prescriber, and also social workers, case managers, and rehabilitation counselors, who are typically “not very familiar” with the idea of long-acting medications, he added.

Commenting on the study for Medscape Medical News, Stephen R. Saklad, PharmD, director of the Psychiatric Pharmacy Program, UT Health Science Center at San Antonio, Texas, said that to call TV-46000 a LASCA rather than a depot injection is merely a “change in nomenclature.”

However, compared with a once-monthly subcutaneous injection of risperidone (Perseris), which was approved by the US Food and Drug Administration in 2018 for the treatment of schizophrenia, the new drug has fewer injection site reactions, said Saklad, who was not involved with the current research.

That benefit plus having efficacy similar to that oral risperidone and having the “more patient- and clinician-desirable administration location” of the upper arm as well as the abdomen means the option to switch a risperidone-stabilized patient directly to TV-46000 monthly or bimonthly is “highly desirable,” he added.

Saklad also noted the reduction in the likelihood of impending relapse with TV-46000 over placebo is a relatively large effect size “and shows the value toward improving the care of these patients.”

In addition, he agreed with Kane that the uptake of long-acting antipsychotics is “deplorably low.”

“This is due to a number of factors that include patient reluctance to get a ‘shot’ or ‘jab,’ clinician inexperience with LAIs during training, and the incorrect presentation of LAIs as a punishment paradigm for ‘bad’ patients,” Saklad said.

However, patients with schizophrenia have a “specific cognitive difficulty” in making the connection between stopping their medication and a later relapse. If they miss a dose, they will “incorrectly conclude that they are now ‘well’ and don’t need the medication any longer,” he said.

Saklad stressed that for a patient with schizophrenia, a relapse can mean substantial loss of function and of assets such as housing or support networks, and many “will complete suicide.”