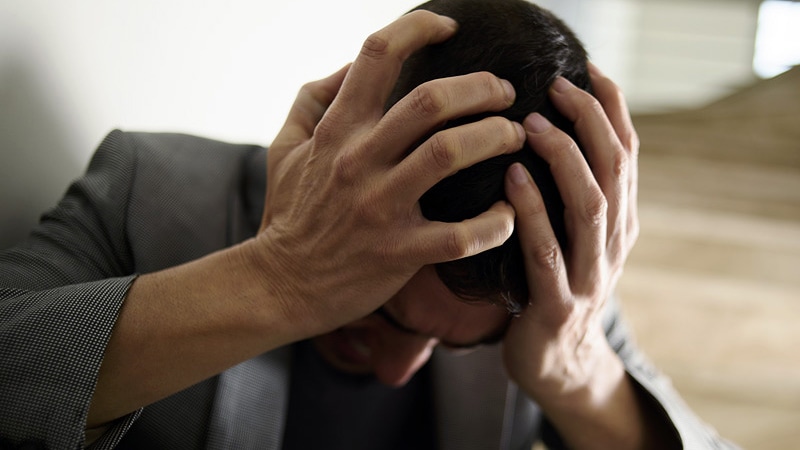 Anxiety and depression are common among individuals with inflammatory bowel disease (IBD) who are in remission, and the conditions are linked to unemployment and presenteeism, according to a prospective study.

Previous studies have found a heightened risk of anxiety and depression in IBD, as well as an association with poor treatment compliance and greater morbidity. Presenteeism, defined as reduced productivity due to a physical or mental condition, is increasingly recognized as an indirect economic cost of chronic conditions that may exact a higher cost than absenteeism.

The new study, published in the Journal of Crohn’s and Colitis, “is very important, as presenteeism is not commonly discussed in any formal, measurable way in the IBD space,” said Laurie Keefer, PhD, professor of medicine and a gastropsychologist at Icahn School of Medicine, who was asked to comment on the research. “While conducted in Europe and Israel, the study also has relevance in the U.S. since, here, employers typically pay for health care — so absenteeism, presenteeism, and health care cost are all intertwined.”

The results suggest that current efforts to screen IBD patients for depression and anxiety may not be enough, according to Stephen Lupe, PsyD, who was also asked to comment on the study. He noted that almost half of the patients had symptoms of anxiety or depression as measured by the Hospital Anxiety and Depression Score (HADS).

“We’re missing all kinds of people,” said Lupe, who is director of behavioral medicine for the department of gastroenterology, hepatology, and nutrition at the Cleveland Clinic. He cited other data that show that, if someone develops depression, they are more likely to have a surgical outcome, and they are more likely to have problems with medication adherence. They likely will have more flares and less time in remission. “We need to be screening for it as part of care,” he said.

The researchers prospectively studied 585 IBD patients who were in clinical remission at 8 centers in Europe and Israel between September 2020 and March 2021. Participants filled out the HADS and The Stanford Presenteeism scale (SPS-6). A total of 62.2% of the participants had CD; 53.0% were male. Participants’ mean age was 39 years. Among the group, 10.8% had a preexisting diagnosis of anxiety or depression at the time of IBD diagnosis, and an additional 14.2% were later diagnosed with anxiety or depression.

Less than half, 46.1%, of IBD patients had a score 8 or higher in the HADS-anxiety (HADS-A) or HADS-depression (HADS-D) subscale, a cutoff that suggests evidence of clinical depression or anxiety. A total of 27.4% had a score of 11 or higher, indicating a mood disorder. High HADS-A score was associated with female gender (odds ratio, 1.91; P < 0.05), long duration of disease (OR, 1.04; P < 0.01), and perianal disease (P < 0.023). The authors speculate that the latter result may be due to a higher burden of symptoms. Three-quarters, 74.5%, of patients were employed; 34.0% experienced presenteeism as defined by SPS-6 score less than or equal to 18.

The researchers found that 23.0% of the patients were sedentary, and this was more common among individuals with HADS-A or HADS-D scores greater than or equal to 8. Among those experiencing presenteeism, 50% were sedentary, 29.4% were active, and 20.6% were moderately active (P < 0.01). Individuals with higher HADS-A or HADS-D scores had a greater likelihood of being sedentary (P < 0.05).

One limitation of the study was that the questionnaires were translated into the respective languages and scores were taken at only one time point.

“Rather than relying on the patient to come forward and seek help,” physicians should familiarize themselves with these validated screening tools “in order to increase the diagnostic rate of such pathologies and enable a better holistic care for the IBD patients,” the authors concluded. “Active involvement of a psychologist and/or a psychiatrist, as part of the IBD team, should be pursued to further improve the patients’ quality of life, which has emerged as one of the top priority outcomes in IBD.”

Lupe said that the findings regarding presenteeism are consistent with his experience. He pointed out that IBD patients must be more aware of their body and vigilant in managing symptoms, and he speculated that that could detract from concentration at work. He said that the study shows the need for a holistic approach to treatment.

“When someone is coping with a chronic disease, like ulcerative colitis or Crohn’s disease, it affects the whole person,” including psychologically, professionally, and personally. “These are bidirectional relationships, so that if someone’s social life starts falling down, it’s more contributory to the development of something like depression and anxiety, and maybe that’s contributory to complications that come up in a disease state like Crohn’s disease or ulcerative colitis.”

The study did not receive funding, but two authors disclosed relations with AbbVie, Janssen, Pfizer, and other companies. Keefer is a cofounder and has equity ownership In Trellus Health. Lupe has no relevant financial disclosures.