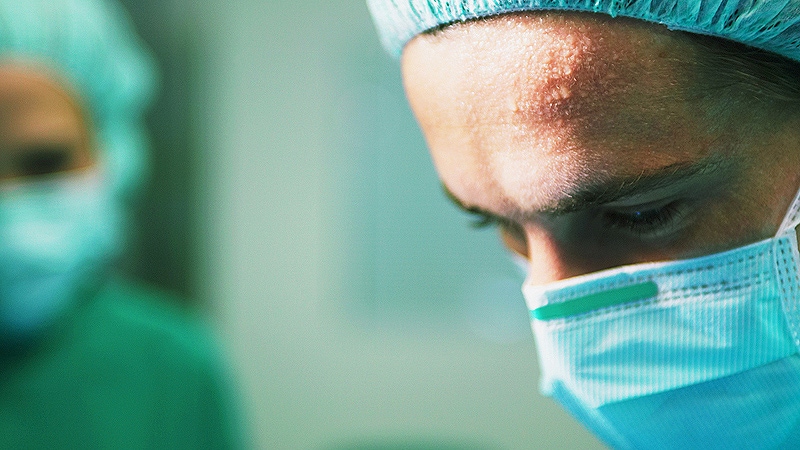 Most surgeons report being affected by performance anxiety in relation to their work, with the anxiety frequently having a negative effect on well-being, a new study of surgeons in the UK shows.

“Performance anxiety or stage fright is a widely recognized problem in music and sports, and there are many similarities between these arenas and the operating theater,” first author Robert Miller, MRCS, of the Surgical Psychology and Performance Group, UK, and the Department of Plastic and Reconstructive Surgery, St George’s Hospital NHS Trust, London, told Medscape Medical News.

“We were aware of it anecdotally in a surgical context, but for one reason or another, perhaps professional pride and fear of negative perception, this is rarely openly discussed amongst surgeons.”

In the cross-sectional study published this month in Annals of Surgery, Miller and his colleagues surveyed surgeons in all specialties working in the UK who had at least 1 year of postgraduate surgical training.

Both male and female surgeons who reported experiencing performance anxiety had significantly worse mental well-being, as assessed using the Short Warwick Edinburgh Mental Wellbeing Scale (SWEMWBS), compared with those who did not have performance anxiety (P < .0001 for men and P < .001 for women).

Surgical perfectionism was significantly more common among respondents who did have performance anxiety in comparison wit those who did not (P < .0001).

“Although perfectionism may be a beneficial trait in surgery, our findings from hierarchical multiple regression analysis also indicate that perfectionism, [as well as] sex and experience, may drive surgical performance anxiety and help predict those experiencing [the anxiety],” the authors note.

Performing in Presence of Colleagues a Key Trigger

By far, the leading trigger that was identified as prompting surgeon performance anxiety was the presence — and scrutiny — of colleagues within the parent specialty. This was reported by 151 respondents. Other triggers were having to perform on highly complex or high-risk cases (66 responses) and a lack of experience (30 responses).

Next to planning and preparation, opening up and talking about the anxiety and shedding light on the issue was seen as a leading strategy to help with the problem, but very few respondents reported openly sharing their struggles. Only 9% reported that they had shared it openly; 27% said they had confided in someone, and 47% did not respond to the question.

“I wish we talked about it more and shared our insecurities,” one respondent lamented. “Most of my colleagues pretend they are living gods.”

Only about 45% of respondents reported a specific technique for overcoming their anxiety. In addition to being open about the problem, other techniques included self-care, such as exercise, and distraction outside of work to get perspective, relaxation techniques such as deep or controlled breathing, music, mindfulness, and positive self-statements.

About 9% said they had received psychological counseling for performance anxiety, and only 3% reported using medication for the problem.

“A heightened awareness secondary to anxiety may be beneficial, but at high doses, anxiety can negatively affect attentional control and cause somatic symptoms.”

They note that “the challenge would be to reap the benefits of low-level stimulation without incurring possible adverse effects.”

Miller noted that, in determining whether selection bias had a role in the results, a detailed analysis showed that “our respondents were not skewed to those with only high levels of trait anxiety.

“We also had a good spread of consultants vs trainees [about half and half], and different specialties, so we feel this is likely to be a representative sample,” he told Medscape.

That being said, the results underscore the need for increased awareness — and open discussion — of the issue of surgical performance anxiety.

“Within other professions, particularly the performing arts and sports, performance psychology is becoming an integral part of training and development,” Miller said. “We feel surgeons should be supported in a similar manner.

“Surgical performance anxiety is normal for surgeons at all levels and not something to be ashamed about,” Miller added. “Talk about it, acknowledge it, and be supportive to your colleagues.”

Many Keep It to Themselves in “Prevailing Culture of Stoicism”

Commenting on the study, Carter C. Lebares, MD, an associate professor of surgery and director of the Center for Mindfulness in Surgery, Department of Surgery, University of California, San Francisco, said she was not surprised to see the high rates of performance anxiety among surgeons.

“As surgeons, no matter how hard we train or how thoroughly we prepare our intellectual understanding or the patient, the disease process, and the operation, there may be surprises, unforeseen challenges, or off days,” Lebares said.

“And whatever we encounter, we are managing these things directly under the scrutiny of others — people who can affect our reputation, operating privileges, and mental health. So, I am not surprised this is a prevalent and widely recognized issue.”

Lebares noted that the reluctance to share the anxiety is part of a “challenging and recognized conundrum in both medicine and surgery and is a matter of the prevailing culture of stoicism.

“We often are called to shoulder tremendous weight intraoperatively (having perseverance, self-confidence, or sustained focus), and in owning the weight of complications (which eventually we all will have),” she said.

“So, we do need to be strong and not complain, [but] we also need to be able to set that aside [when appropriate] and ask for help or allow others to shoulder the weight for a while, and this is not [yet] a common part of surgical culture.”

Lebares added that randomized, controlled trials have shown benefits of mindfulness interventions on burnout and anxiety.

“We have observed positive effects on mental noise, self-perception, conflict resolution, and resilience in surgical residents trained in mindfulness-based cognitive skills,” she said.

“[Residents] report applying these skills in the OR, in their home lives, and in how they approach their training/education.”

The authors have disclosed no relevant financial relationships. Lebares has developed mindfulness-based cognitive skills training for surgeons but receives no financial compensation for the activities.