A Year of Lung Cancer Improvements, With More Work To Do 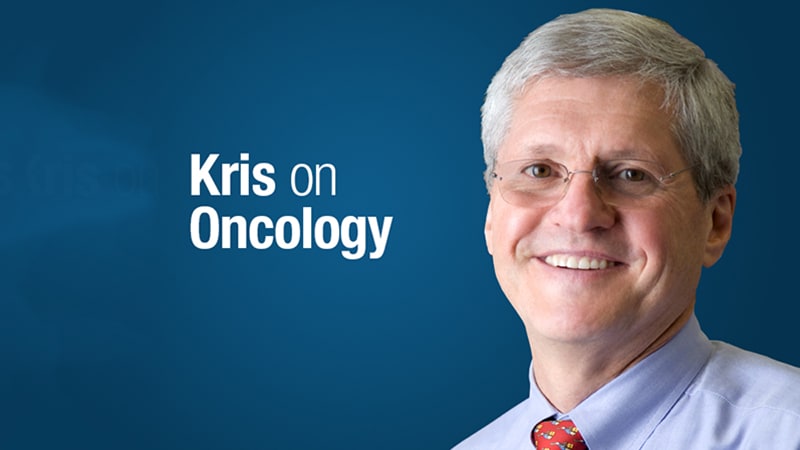 This is Mark Kris from Memorial Sloan Kettering, commenting today on the annual release of cancer statistics by Rebecca L. Siegel, MPH, and colleagues. In the article, there is good news in lung cancer area for 2022.

First and foremost, lung cancer mortality has decreased by 10% over the past 15 years, which is an amazing statistic. The incidence of lung cancer has fallen yearly by about 3% in men and 1% in women. More and more cancers are localized when they’re discovered, giving us more options for treatment and more chance for cure. There’s a large amount of good news in that article.

There’s also some other news, though, that’s worth commenting on. For the very first time, the number of persons with lung cancer diagnosed this year is greater for women than for men. This is the first time this has happened, and it reflects a prior history of smoking among women.

As you may know, the number of women and men who smoke is nearly equal. The number of men and women who are starting smoking is equal. And as that has happened, the number of cases of lung cancer has become equal and now even favors women. It reflects smoking that was done a long time ago, and it’s an observation that lung cancer is becoming an even more important illness among women.

The good news among women is that they live longer. There are fewer deaths among women than men, even though the incidence is higher.

What can be done? First, do everything you can to facilitate smoking cessation. Do anything possible to get people not to start, and use whatever influence and all the resources you have to get people to stop.

An interesting paper came out in 2021 by Dr Sheikh and colleagues in the Annals of Internal Medicine. Even among people who have diagnosed stage I to III lung cancer, if you get them to stop smoking, their survival improves by almost 2 years — just by stopping smoking — after adjustment for stage. The progression-free survival and their chance of cure go up by 10% if you stop smoking while you have your definitive therapy or your surgery.

Those are amazing numbers. They generally exceed the kind of benefit we see from adjuvant chemotherapy. Stopping smoking is important even when lung cancer is diagnosed. There are other data out there, too, showing that cancer therapy is much better tolerated if you stop smoking. Even if you have lung cancer already, stopping smoking is a lifesaver and makes therapy better.

The other thing that remains a huge issue in the US is the lack of adoption of screening for appropriate people. Last year, the US Preventive Services Task Force modified the recommendations for lung cancer screening. They recommended screening for lung cancer for patients who had a 20–pack-year smoking history between the ages of 50 and 80 years and either continued to smoke or stopped less than 15 years ago. They broadened their criteria somewhat.

Even with that, a minority of people who are eligible for screening, even using those strict criteria, are not screened. Please, wherever you have the opportunity to screen patients, whenever you have the opportunity to recommend screening to other physician groups and community groups, please do that. It’s safe, it’s cheap, and it clearly saves lives. We have the chance to further decrease lung cancer mortality by facilitating screening.

Mark G. Kris, MD, is chief of the thoracic oncology service and the William and Joy Ruane Chair in Thoracic Oncology at Memorial Sloan Kettering Cancer Center in New York City. His research interests include targeted therapies for lung cancer, multimodality therapy, the development of new anticancer drugs, and symptom management with a focus on preventing emesis.

Too Soon to Treat COVID-19 Like Flu as Omicron Spreads: WHO