How Safe Is a Drug Holiday From Bisphosphonates for Osteoporosis? 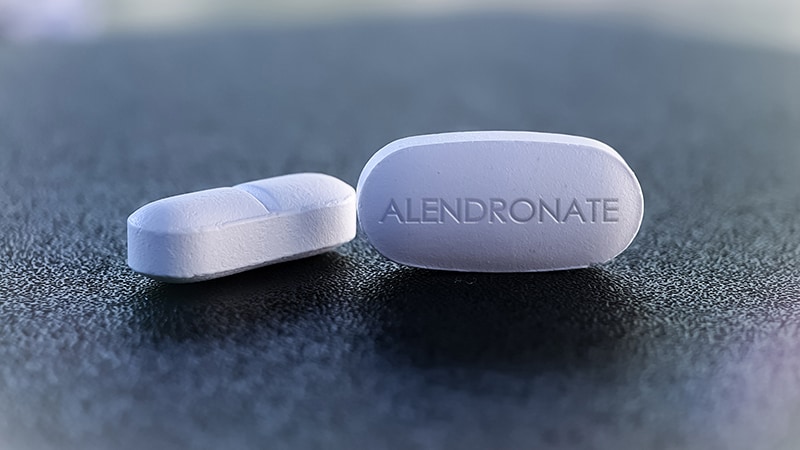 Researchers found a small but greater risk of a hip fracture after 2 years of taking a “drug holiday” — stopping therapy — after long-term (≥ 3-year) use of one bisphosphonate, risedronate, versus another, alendronate.

The risk of a hip fracture after stopping either of these oral bisphosphonate osteoporosis drugs was similar until 2 years, suggesting that patients who take a drug holiday from risedronate should be revaluated before 2 years.

These top-line findings from a propensity-matched cohort study of older patients in Ontario, Canada, were reported at the annual American Society of Bone and Mineral Research (ASBMR) last fall.

“We emphasize that our results do not indicate that alendronate therapy should be preferred over risedronate therapy,” the researchers stress, as several real-world studies found a similar risk of fractures while patients were receiving either drug.

“The decision to initiate alendronate or risedronate therapy [the two most commonly prescribed bisphosphonates] is driven by the prescriber,” they note, adding that some patients may prefer risedronate because it is available as a monthly dose or a weekly delayed-release formula that does not require fasting.

“We found little difference in the association between risedronate versus alendronate drug holidays and hip fractures until approximately 2 years of not receiving therapy,” Hayes and colleagues summarize.

“To further inform clinical decision-making on drug holidays,” they conclude, “future research should examine when to start and restart osteoporosis therapy on the basis of initial length and type of treatment, patient characteristics, and relative risk for hip fractures versus [atypical femoral fracture].”

Long-term bisphosphonate use is associated with a rare risk of osteonecrosis of the jaw or atypical femoral fractures. At the same time, bisphosphonates continue to have a therapeutic effect after therapy is discontinued.

Guidelines recommend that patients at low risk of fracture should therefore have a “drug holiday” after 3 to 5 years of bisphosphonate use and be reassessed 2 to 3 years later, largely based on the Fracture Intervention Trial Long-Term Extension (FLEX) study of alendronate. But risedronate has a shorter half-life, so it may provide shorter residual fracture protection.

Using Ontario administrative data, Hayes and associates identified more than 60,000 patients who were over aged 65 and had received at least 3 years of continuous alendronate or risedronate and had a subsequent 3-year drug holiday between 2000 and 2020.

They excluded patients who had a fracture or entered a nursing home within 120 days of starting a drug holiday who may have stopped the bisphosphonate due to declining health rather than a drug holiday.

Most of the patients were women (82%) and were White.

They started the drug holiday when they were on average 81 years old, after taking the bisphosphonate for 5.9 years on average.

The risk of hip fracture was not significantly higher at 1 year (HR, 1.03) or at 2 years of a risedronate holiday versus an alendronate holiday (HR, 1.14).

There was no significant difference in the risk of any osteoporotic fracture overall (including hip, vertebrae, pelvis, ribs, forearm), however, during a 3-year risedronate versus alendronate drug holiday (HR, 1.07).

The research was supported by the Canadian Institutes of Health Research (CIHR) and Institute for Clinical Evaluative Sciences. Hayes was supported by a CIHR doctoral research award. The authors have reported no relevant financial relationships.