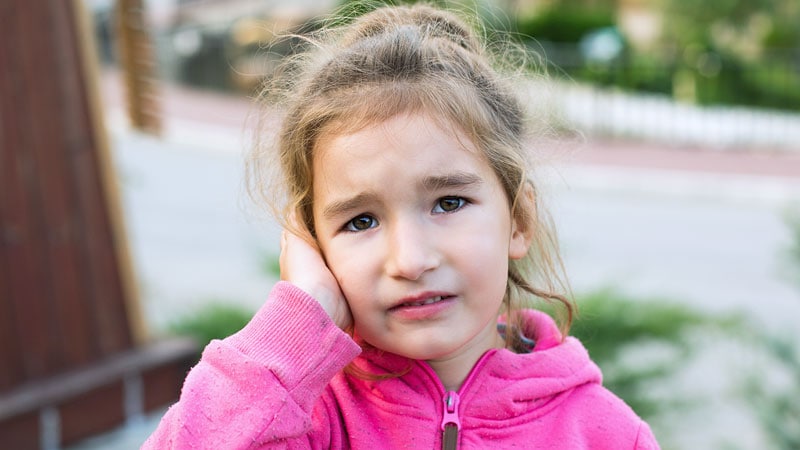 Since the COVID-19 pandemic began, pediatricians have been seeing fewer cases of all respiratory illnesses, including acute otitis media (AOM). However, as I prepare this column, an uptick has commenced and likely will continue in an upward trajectory as we emerge from the pandemic into an endemic coronavirus era. Our group in Rochester, N.Y., has continued prospective studies of AOM throughout the pandemic. We found that nasopharyngeal colonization by Streptococcus pneumoniae (pneumococcus), Haemophilus influenzae, and Moraxella catarrhalis remained prevalent in our study cohort of children aged 6-36 months.

However, with all the precautions of masking, social distancing, hand washing, and quick exclusion from day care when illness occurred, the frequency of detecting these common otopathogens decreased, as one might expect.1

Leading up to the pandemic, we had an abundance of data to characterize AOM etiology and found that the cause of AOM continues to change following the introduction of the 13-valent pneumococcal conjugate vaccine (PCV13, Prevnar 13). Our most recent report on otopathogen distribution and antibiotic susceptibility covered the years 2015-2019.2 A total of 589 children were enrolled prospectively and we collected 495 middle ear fluid samples (MEF) from 319 AOM cases using tympanocentesis.

The frequency of isolates was H. influenzae (34%), pneumococcus (24%), and M. catarrhalis (15%). Beta-lactamase–positive H. influenzae strains were identified among 49% of the isolates, rendering them resistant to amoxicillin. PCV13 serotypes were infrequently isolated. However, we did isolate vaccine types (VTs) in some children from MEF, notably serotypes 19F, 19A, and 3. Non-PCV13 pneumococcus serotypes 35B, 23B, and 15B/C emerged as the most common serotypes.

Amoxicillin resistance was identified among 25% of pneumococcal strains. Out of 16 antibiotics tested, 9 (56%) showed a significant increase in nonsusceptibility among pneumococcal isolates. 100% of M. catarrhalis isolates were beta-lactamase producers and therefore resistant to amoxicillin.

PCV13 has resulted in a decline in both invasive and noninvasive pneumococcal infections caused by strains expressing the 13 capsular serotypes included in the vaccine. However, the emergence of replacement serotypes occurred after introduction of PCV73,4 and continues to occur during the PCV13 era, as shown from the results presented here.

Non-PCV13 serotypes accounted for more than 90% of MEF isolates during 2015-2019, with 35B, 21 and 23B being the most commonly isolated. Other emergent serotypes of potential importance were nonvaccine serotypes 15A, 15B, 15C, 23A and 11A. This is highly relevant because forthcoming higher-valency PCVs — PCV15 (manufactured by Merck) and PCV20 (manufactured by Pfizer) will not include many of the dominant capsular serotypes of pneumococcus strains causing AOM. Consequently, the impact of higher-valency PCVs on AOM will not be as great as was observed with the introduction of PCV7 or PCV13.

Of special interest, 22% of pneumococcus isolates from MEF were serotype 35B, making it the most prevalent. Recently we reported a significant rise in antibiotic nonsusceptibility in Spn isolates, contributed mainly by serotype 35B5 and we have been studying how 35B strains transitioned from commensal to otopathogen in children.6 Because serotype 35B strains are increasingly prevalent and often antibiotic resistant, absence of this serotype from PCV15 and PCV20 is cause for concern.

The frequency of isolation of H. influenzae and M. catarrhalis has remained stable across the PCV13 era as the No. 1 and No. 3 pathogens. Similarly, the production of beta-lactamase among strains causing AOM has remained stable at close to 50% and 100%, respectively. Use of amoxicillin, either high dose or standard dose, would not be expected to kill these bacteria.

Our study design has limitations. The population is derived from a predominantly middle-class, suburban population of children in upstate New York and may not be representative of other types of populations in the United States. The children are 6-36 months old, the age when most AOM occurs. MEF samples that were culture negative for bacteria were not further tested by polymerase chain reaction methods.

Pichichero is a specialist in pediatric infectious diseases, Center for Infectious Diseases and Immunology, and director of the Research Institute, at Rochester (N.Y.) General Hospital. He has no conflicts of interest to declare.