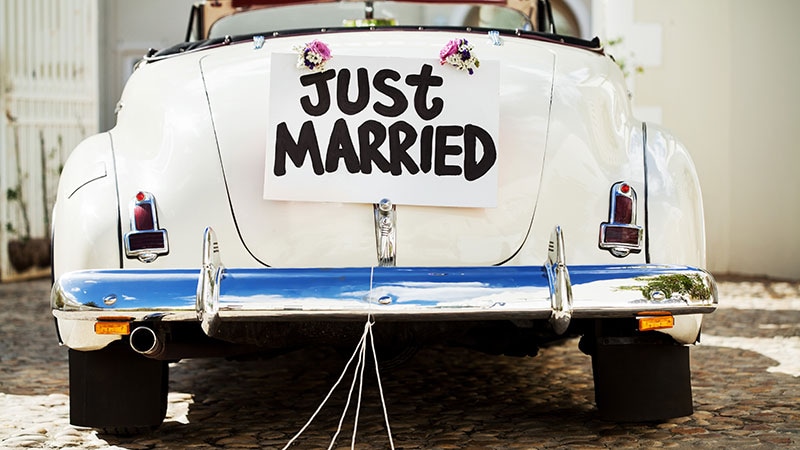 Investigators studied over 800 newly married couples in China, assessing cardiovascular risk factors such as anthropomorphics, BP, and fasting lipids, and found significant correlations between spouses in systolic blood pressure (SBP), diastolic blood pressure (DBP), and triglycerides that persisted even after adjusting for an array of covariates.

“These findings in newly married spouses may support the consideration of couple-based care when a young adult is found to have a risk factor, or risk factors, for the future development of cardiovascular disease, such as hypertension or dyslipidemia,” lead author Ravi Retnakaran, MD, professor of medicine, University of Toronto, Canada, told theheart.org | Medscape Cardiology.

Their findings were published online December 22 in JAMA Network Open.

“We were motivated by the fact that several studies have shown that older married couples share a propensity for accruing the same cardiovascular risk factors, such as hypertension and dyslipidemia,” Retnakaran said.

“However, it has remained unclear if these spousal associations reflect their shared home environment/lifestyle or assortative mating — the tendency to choose a partner with similar perspective on lifestyle choices or behaviors,” he said. “We thus hypothesized that one approach to addressing this question would be to evaluate the spousal concordance of cardiovascular risk factors in young, newly married couples, in whom the shared home environment/lifestyle has not yet been established.”

To investigate the question, the researchers recruited couples attending a pre-marriage health clinic in the Liuyang region of Hunan Province (China) at the time of their marriage. They recruited women who indicated an intention to conceive within the next 6 months and invited their partners to participate as well.

Women who conceived were then followed across gestation to delivery, with particular focus on those who had preterm delivery, gestational diabetes, and preeclampsia.

The final sample consisted of 831 couples.

Despite the “marked difference” in smoking, the researchers found significant correlations between the spouses:

After adjustment for an array of covariates (age, household income, education level, smoking, and either BMI or waist circumference), several significant correlations persisted between the spouses:

Among the 738 couples who went on to have a subsequent pregnancy, 45 women developed either gestational diabetes, preeclampsia, or preterm delivery. Among these, the researchers found significant spousal associations of pregravid SBP and HDL cholesterol.

The associations “were not dependent on age, socioeconomics, smoking, or body habitus of either partner,” Retnakaran commented. “The spousal concordance of cardiovascular risk factors in young newly married couples is thus suggestive of assortative mating as a likely basis for the shared vascular risk factor profile that has been documented in older marital partners.”

“The concordance of blood pressure and lipids between newlywed partners in their twenties raises the possibility that the identification of a young person with an adverse cardiovascular risk factor profile may warrant the suggestion of their partner undergoing evaluation as well,” the authors comment.

They note that a “challenge” for such preventive care is “that young people rarely seek routine clinical surveillance,” and suggest that pregnancy may provide “a unique opportunity wherein young women typically engage with the healthcare system and may be particularly receptive to making healthy behavioral changes.”

Thus, they conclude, the study findings supporting the concept of assortative mating suggest that detecting at-risk women “may also provide an opportunity to identify their at-risk partners.”

Additionally, the findings “raise the possibility that family-based assessment may instead offer a broader opportunity for preventive care in both parents at an early age,” the authors write.

Dasgupta, who was not involved with the study, noted that there “remains a possibility that further concordance is shaped by years of living together — an aspect that is not the focus of the current study.” She and her colleagues have previously demonstrated spousal concordance for diabetes “and that gestational diabetes and gestational hypertension in mothers predict diabetes in both mothers and fathers over a decade.”

Also commenting for theheart.org | Medscape Cardiology, Samia Mora, MD, MHS, associate professor, Harvard Medical School, Boston Massachusetts, and a cardiologist at Brigham and Women’s Hospital, said the new study’s findings are consistent with a prior large study that she and her colleagues conducted in the United States, also showing that within-couple concordance was common (>50%) for all of the American Heart Association (AHA) Life’s Simple Seven (LS7) factors and for the cardiovascular health score.

“These studies suggest that couple-based preventive health programs that target both members of a couple may be the way to go for public health initiatives, in particular for lifestyle interventions, whether in China or in the US,” said Mora.

This study was supported by operating grants from the Canadian Institutes of Health Research (CIHR) and the Natural Science Foundation of China. Retnakaran holds the Boehringer Ingelheim Chair in Beta-cell Preservation, Function and Regeneration at Mount Sinai Hospital and his research program is supported by the Sun Life Financial Program to Prevent Diabetes in Women. The Retnakaran and coauthors disclose no relevant financial relationships. Mora has served as a consultant to Pfizer and Quest Diagnostics.