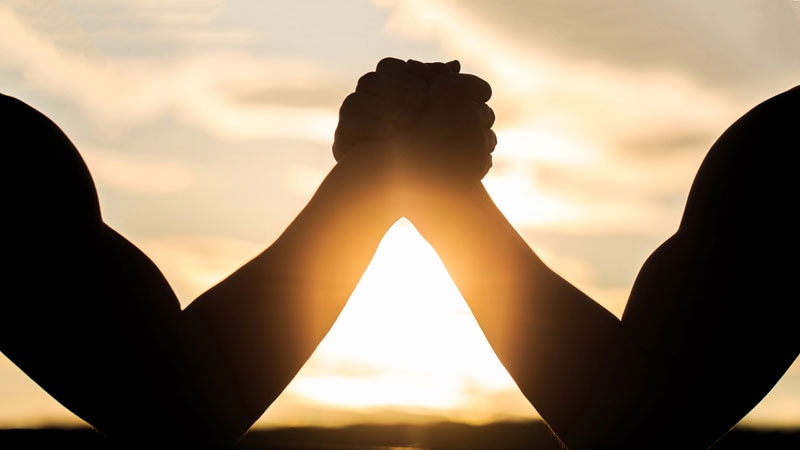 Cardiology has its share of controversies. Although some of them are settled, others just settle down while the field does its current best for patients and ponders how the next clinical trial should approach unresolved questions.

The latter outcome appears likely for at least one protracted, sometimes fiery debate. At issue: For most patients with low-to-intermediate complexity left-main coronary disease, is the preferred procedure coronary stenting or bypass surgery?

“Yes” is the best answer for now, suggests a new meta-analysis led by a group of highly respected researchers and published in a premier journal.

There were no significant differences in mortality or stroke risk at 5 years between percutaneous coronary intervention (PCI) with drug-eluting stents or coronary bypass surgery (CABG) for left-main disease in the patient-level analysis based on four major randomized trials going back more than a decade.

But broader secondary results reflect the issue’s complexity. Strokes at 1 year were fewer with PCI, as were periprocedural myocardial infarctions (MI). On the other hand, a Bayesian analysis gave a likely but slight 5-year survival edge to CABG, which also did better overall for MI and repeat revascularization.

“In other words, the difference was, more likely than not, less than 0.2% per year,” said Marc S. Sabatine, MD, MPH, when presenting the meta-analysis at the virtual American Heart Association (AHA) Scientific Sessions 2021.

Sabatine, of Brigham and Women’s Hospital and Harvard Medical School, Boston, Massachusetts, chairs the venerable Thrombolysis in Myocardial Infarction (TIMI) Study Group and is lead author on the meta-analysis published November 15 in The Lancet to coincide with his presentation.

The results apply to patients like those in the four trials making up the meta-analysis — SYNTAX, PRECOMBAT, NOBLE, and EXCEL — who had mostly low-to-intermediate-risk coronary anatomy and had been deemed suitable for either PCI or CABG.

“For any given patient, our findings need to be put into the context of factors that must be taken into account when deciding on a revascularization strategy,” Sabatine said. “The complex nuances of these data emphasize the importance of a heart-team approach to assist patients in reaching a treatment decision that is best for them.”

An accompanying editorial had a different take on the Bayesian survival analysis. It was a limitation of the study “that it focused only on superiority, which was not established for PCI,” contend Emilie P. Belley-Côté, MD, PhD, and Philip J. Devereaux, MD, PhD, McMaster University, Hamilton, Ontario, Canada.

The meta-analysis authors, they write, “did not attempt to directly inform the noninferiority of PCI relative to CABG by setting a noninferiority boundary; however, physicians and patients can draw their own conclusions given the 49.1% probability that PCI compared with CABG had a 1% or higher absolute excess risk of death at 5 years.”

“Detailing the different trade-offs between PCI and CABG, as this paper nicely does, really moves forward the debate on this contentious issue in an evidence-based, constructive way that will ultimately benefit patients,” said Bhatt, who is not a coauthor on the report.

The study “seems to have been done in a very upfront, transparent fashion,” and was led by clinicians who are neither surgeons nor interventional cardiologists and so would be seen as professionally impartial, said Sunil V. Rao, MD, Duke Clinical Research Institute and Duke University Hospital, Durham, North Carolina.

Speaking with theheart.org | Medscape Cardiology, Rao referred to recent heated public discussions — especially on social media — regarding alleged improprieties and other issues about how the EXCEL trial was conducted and analyzed that seemed to turn the issue into a contest between the two revascularization approaches. “Which one is the winner, PCI or CABG? I don’t think that’s really the way clinical medicine should work,” he said.

“I’m hoping that cooler heads will prevail after this, and we realize that it’s not about whether the surgeons win or the interventionalists win,” Rao said. “It’s really, how do we best help the patient win?” The meta-analysis “shows us that the only way to get there is really through collaboration.”

It’s critical not to frame the issue as a competition between PCI and CABG to establish exclusive use in left-main coronary disease, agreed Robert Harrington, MD, Stanford University, California, as a discussant for Sabatine’s presentation.

The meta-analysis points to what has been apparent about PCI and CABG “since the very beginning.” The optimal choice in left-main disease “depends upon the patient’s values and preferences as to what they’re trying to avoid and what they’re trying to achieve,” Harrington said. “It really does require careful conversation, careful consideration of an individual patient’s clinical and anatomic characteristics.”

The findings didn’t tilt the evidence clearly toward either procedure, and “I think we still have opportunities to further explore this question as to a preferred therapy,” he said. “But these data provide us really great quantitative information for what is the essence of patient-based decision-making.”

“I think the data in this paper really do inform us,” Rao agreed. “I think you can use them to have a conversation with the heart team and the patient, to figure out how a particular patient with left-main disease, with or without other coronary disease, would prefer to be treated.”

The meta-analysis combined 4394 patients with left-main disease from the four trials, with 1905 — the most from any one study — hailing from EXCEL.

How PCI and CABG compared for procedural MI depended on whether the endpoint was defined per each study’s protocol or according to the third or fourth Universal Definition of Myocardial Infarction (UDMI).

The data upon which the patient-level meta-analysis is based suggest that “the totality of patients randomly assigned across all the trials to date is insufficient to clearly establish superiority or noninferiority of PCI over the current gold standard of CABG,” editorialists Belley-Côté and Devereaux write. “A trial larger than the aggregate of SYNTAX, PRECOMBAT, NOBLE, and EXCEL should be a priority in the field.”