Seizures Tied to a Doubling of Dementia Risk in Young Survivors 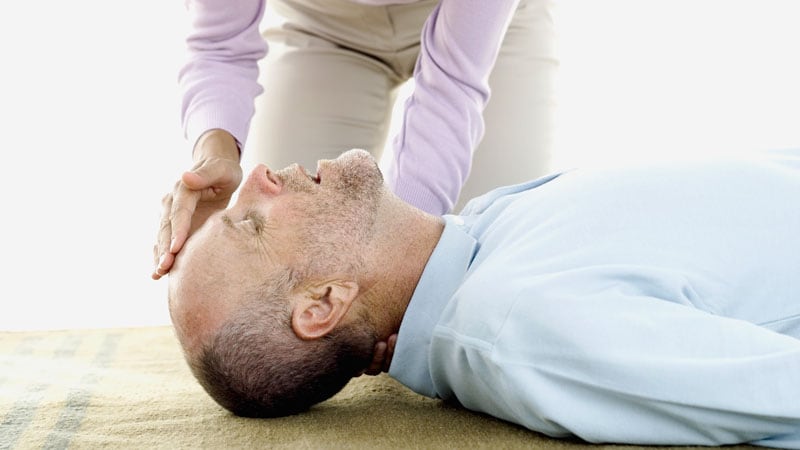 Patients younger than 60 years who have stroke and then experience seizures have a significantly increased risk for dementia, new research shows.

Results of a large study show that young stroke survivors who subsequently developed seizures had a twofold increased risk of developing dementia in comparison with their counterparts who did not have seizures. The finding raises the question of whether measures to prevent seizure in stroke survivors would lower dementia risk.

This is a question that needs to be investigated, said researcher Alain Lekoubou, MD, assistant professor of neurology and public health sciences, Pennsylvania State College of Medicine, Hershey, Pennsylvania.

The findings highlight the need for neurologists from different subspecialties, including those who specialize in vascular disorders, dementia, and epilepsy, “to work in collaboration to understand the mechanism linking seizures to dementia in stroke survivors,” said Lekoubou.

The findings were presented at the ANA 2021: 146th Annual Meeting of the American Neurological Association, which was held online.

Rising Stroke Rates in the Young

The incidence of stroke among patients younger than 60 is rising. In part, this is because of an increase in physical inactivity, which can lead to weight gain, diabetes, and high blood pressure, said Lekoubou.

In addition, seizures are a frequent complication of stroke, and younger stroke patients appear to have more seizures than their older counterparts. The reason for this is unclear, said Lekoubou.

The researchers used a large commercial nationwide database to evaluate the role that late-onset seizures have on the subsequent development of dementia among stroke survivors. They identified 23,680 cases of stroke among patients aged 18 to 60 years from January 1, 2006, to December 31, 2009. These included 20,642 patients with ischemic stroke and 3038 with hemorrhagic stroke.

For all strokes, fhe mean age of the participants was 49.8 years; for ischemic strokes, the mean age was 50.2 years; and for hemorrhagic strokes, it was 47.0 years.

Participants had been continously enrolled for at least 1 year before the index stroke diagnosis and for 5 years thereafter. The analysis included only patients for whom no insurance claims regarding seizure had been made within 1 year from the index date; this increased the likelihood that seizures developed because of stroke.

The cumulative incidence of seizure in this group was 6.7% for all stroke, 6.4% for ischemic stroke, and 8.3% for hemorrhagic stroke.

The outcome of interest was dementia during the follow-up period (January 1, 2010, to December 31, 2014). The researchers compared incidence of dementia, with and without seizures, among stroke patients.

The cumulative incidence of dementia was 1.3%, 1.4%, and 0.9% for all strokes, ischemic strokes, and hemorrhagic strokes, respectively.

After adjusting for a number of demographic variables, medical conditions, and the use of antiseizure drugs, stroke patients who developed seizures had a greater risk for dementia compared with those without seizures. For all stroke, the adjusted hazard ratio [HR] was 2.53 (95% CI, 1.83 – 3.48). For ischemic stroke, the HR was 2.52 (95% CI, 1.79 – 3.53).

The association was significant for all stroke and ischemic stroke, but it was only of borderline significance for hemorrhagic stroke, likely because of a lack of power in the study, said Lekoubou.

“The ideal situation would be to screen young stroke survivors for that biomarker of seizure and give them an antiepileptic drug. The idea is to prevent the development of the first seizure,” said Lekoubou.

Such screening would be relatively easy to do, he said. He noted that EEG is not expensive and is used extensively.

Whether screening with EEG would reduce the risk for dementia is unclear and “needs to be proven,” said Lekoubou.

He noted that in animal models, epileptiform discharges are linked to cognitive decline, and there seems to be a link in humans too; patients with Alzheimer’s disease have 8 to 10 times the risk of developing seizures.

Lekoubou, who completed both a stroke fellowship and an epilepsy fellowship, would like to see neurology subspecialists work together to clarify the link between seizures and dementia in stroke patients. “Those lines between specialties should disappear,” he said.

She also praised them for “pointing out that seizure can happen after stroke” and that “seizure and stroke might interact with the risk of dementia since both contribute to dementia.”

However, she noted that the study used claims data; although this “gives you a lot of people,” it is “only as good as the data that was recorded.”

As for giving stroke patients drugs to prevent seizures, Johansen said “there’s no data to support that.” She noted that such drugs have potential side effects.

She pointed out that “an abnormal EEG can come from a brain tumor, if you have blood in your head, or if you have a stroke.”

Also commenting on the study for Medscape Medical News, Jack Parent, MD, professor of neurology and co-director of the Epilepsy Program, the University of Michigan, Ann Arbor, Michigan, said it’s “an important investigation into an understudied area.”

However, he noted that the researchers provide “scarce” information about the type of stroke. “For post-stroke seizures, the size and location of the stroke are very important,” he said.

“The distinction is important for implications about whether treating seizures after stroke might impact the progression to dementia or whether post-stroke seizures are only a ‘biomarker’ of a more severe stroke in terms of dementia risk,” he said.

He agreed that neurologists in different subspecialties could address this subject in their own patient population, but he thinks the field should be expanded to include “preventive” neurology.

Numerous risk factors for these neurologic conditions have been identified. “Hopefully, we can intervene with these early in life, at least in midlife, to help prevent these diseases from happening in the first place,” he said.