Long-Term Outcomes Better Than Expected for Many With Severe TBI 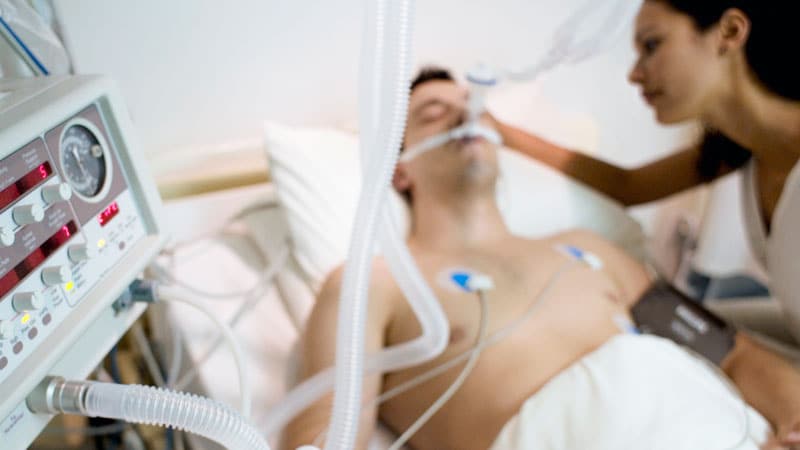 Long-term outcomes for a significant proportion of patients with severe brain injury are better than expected, in new findings that caution against making early, definitive prognoses of poor outcomes and decisions to withdraw life-sustaining treatment.

Investigators found patients with moderate to severe traumatic brain injury (TBI) frequently demonstrated major functional gains, including recovery of independence between 2 weeks and 12 months post-injury, and severe impairment in the short-term did not always lead to poor long-term outcomes.

“Withdrawal of life-sustaining treatment based on early prediction of poor outcome accounts for most deaths in patients hospitalized with severe traumatic brain injury,” Manley said in a statement.

“While a substantial proportion of patients die or suffer lasting disability, our study adds to growing evidence that severe acute impairment does not portend uniformly poor long-term outcome. Even those patients in a vegetative state — an outcome viewed as dire — may improve, since this is a dynamic condition that evolves over the first year,” he added.

The study was published online July 6 in JAMA Neurology.

Long-term studies of patients with moderate to severe TBI report considerable variability in recovery and degree of residual disability, and even after severe injury, as many as 20% of survivors will recover functional independence within 5 years of injury, the investigators note

However, few studies have involved early assessment or longitudinal follow-up of patients to track outcomes from the acute through chronic phases of recovery.

“Capturing the full longitudinal trajectory of outcomes after moderate to severe traumatic brain injury is critical to identifying both short-term and long-term variables that differentiate patients who will go on to favorable recovery from those at highest risk of poor long-term outcomes. This, in turn, informs interventions to reduce overall disability associated with moderate to severe traumatic brain injury,” they state.

They point out that the current research — part of the Transforming Research and Clinical Knowledge in Traumatic Brain Injury (TRACK-TBI) study — is the largest prospective observational study in the United States to comprehensively investigate the natural history of recovery after TBI from the acute phase (hospital admission) to the chronic phase (12 months post-injury).

The study was conducted at 18 level 1 trauma centers in the United States from 2014 to 2018 and included 484 patients (362 with severe TBI and 122 with moderate injury) who were systematically monitored for functional outcomes early after injury (at 2 weeks) and at 3, 6, and 12 months post-injury.

Among the 79 participants in a vegetative state at 2 weeks, 78% regained consciousness and 25% regained orientation by 12 months.

The researchers note the findings provide a more encouraging view of the prevalence of long-term impairments and effects on quality of life for survivors of moderate to severe TBI.

“Our data indicate that the degree of impairment evident during the first 2 weeks post-injury should not be taken as a definitive indicator of unfavorable long-term functional outcome,” they write, adding that the results “attest to both the frequency and extent of recovery possible during the first year post-injury.”

The researchers note that during the acute phase, trauma specialists often overestimate the likelihood of poor outcome and underestimate the probability of good outcome in patients with severe injuries, and this influences key decision-making about patient care.

They point out that vegetative state is generally viewed as a dire outcome and an influential driver in clinical decision-making, but the current results “clearly demonstrate the potential for recovery from this condition.”

“We believe it is essential that clinicians, particularly those in neurocritical care, recognize that traumatic vegetative state is a dynamic condition that evolves over the first year,” they add.

They note that the results build on those from other recent studies showing that patients with grave impairment in the early weeks after injury go on to achieve favorable outcomes several months to years later.

This has led to a strong recommendation that clinicians avoid statements suggesting patients with disorders of consciousness within 28 days of injury have a universally poor prognosis, as made by the American Academy of Neurology, American Congress of Rehabilitation Medicine, and National Institute on Disability, Independent Living, and Rehabilitation Research in the recently published Practice Guidelines on Disorders of Consciousness.