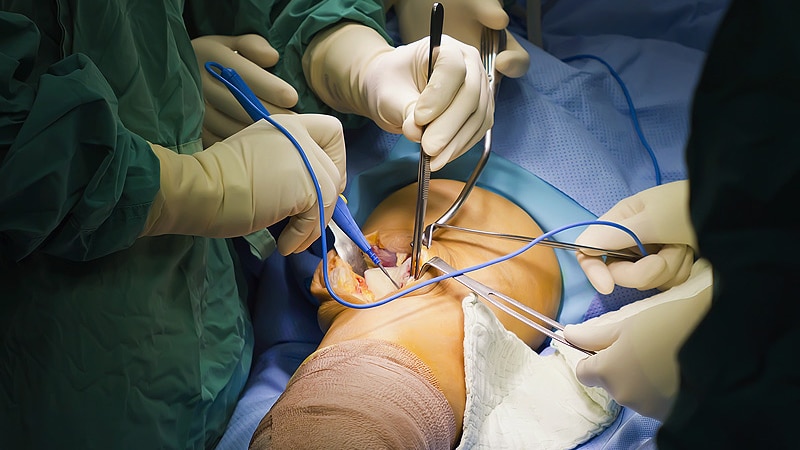 A meta-analysis of the 10 most common orthopedic procedures shows that most lack firm scientific support, according to British researchers. In some cases, they are not any better than doing nothing, according to the study, which was published in The BMJ.

The group conducted an umbrella survey of patients who had 10 disorders. Participants were asked how they were treated and what their outcomes were. The study included the 10 most common elective procedures:

“A recent review found that 24% of all hip replacement implants available to surgeons in the UK did not have evidence for their clinical effectiveness,” the investigators write.

Two hundred musculoskeletal conditions are common around the world. They produce unrelenting pain, disability, and restricted mobility. The British researchers said the treatments drive up healthcare costs. One in four Britons suffer from these conditions, and surgery accounts for 25% of all interventions in Britain’s National Health Service. Some patients learn to live with the problem.

To select which studies to analyze, two of the researchers selected cases to include in the study, and a consensus was reached involving a third. Each analysis was accessed using the Assessment of Multiple Systematic Reviews instrument, a tool widely used for investigating the methodologic quality of systematic reviews. The Jadad decision algorithm, a scale used to report randomized controlled trials, was used to determine which meta-analysis had the best evidence.

The authors acknowledge that in certain subgroups of patients, the procedures would be beneficial. These include patients who undergo carpal tunnel decompression or total knee replacement.

“No randomized controlled trials specifically compared total hip replacement or meniscal repair with nonoperative care. Trial evidence for the other six procedures showed no benefit over non-operative care,” they write.

Barry Waldman, MD, a practicing orthopedic surgeon at OrthoMaryland, in Pikesville, Maryland, who was not involved in the study, told Medscape Medical News that he thought the authors are correct in reporting that there isn’t a lot of high-quality evidence in orthopedics, owing to a lack of funding and the ethical difficulty of enrolling live patients in a study. “However, I think its conclusions about the effectiveness of certain procedures are wildly misleading,” he said. “There is very strong evidence that many of these procedures are very effective.”

“In some cases, such as total hip replacement and meniscal repair, that is correct,” said Michael Whitehouse, MBChB, professor of orthopedics at the University of Bristol, Bristol, United Kingdom, who is one of the researchers, in an interview with Medscape. “The studies have not been done to robustly compare these two treatments to nonoperative care. This does not mean that they are not clinically effective, it means that there is a lack of high-level evidence as the studies have not been done.”

Research is underfunded because these conditions, Whitehouse said, “don’t tug on the heart stings in the same way as some other conditions.

Joel Shurkin was a national reporter for Reuters in New York and covered the space program. He was science editor at the Philadelphia Inquirer and science writer and instructor in science journalism at Stanford University, University of California Santa Cruz, and the University of Alaska Fairbanks. He was part of the team that won a Pulitzer Prize at the Inquirer. He is the author of 10 books on science and the history of science.