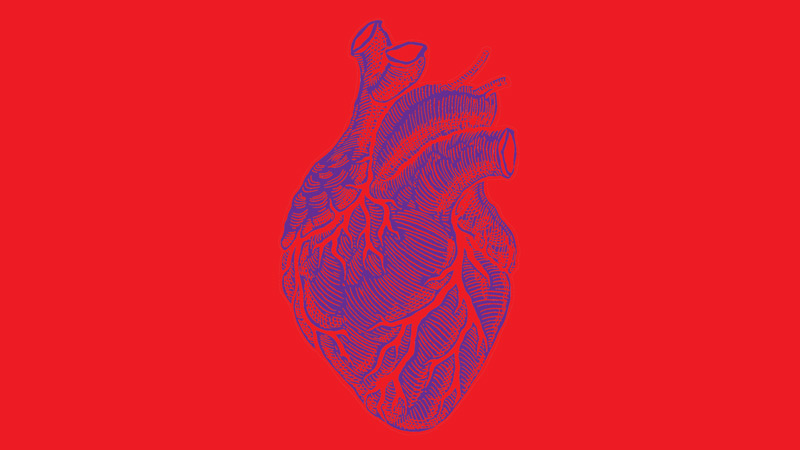 People age 40 and younger living with HIV have a higher risk for heart disease than even their over-40 peers living with HIV — and that risk was 54% higher than the general public.

And this was among people without traditional heart disease risks, such as smoking and obesity.

“What’s surprising is that not only do we see that, yes, they do have increased risk, but this is after controlling for all of that — which means the mechanism underlying this risk,” said Tiffany Gooden, MPH and a PhD candidate at the University of Birmingham, UK, who presented the data at the 11th International AIDS Society Conference on HIV Science (IAS 2021).

“If we’re using a non–HIV-validated assessment tool, you should always know that there could be a risk that you are under-recognizing,” she added.

Right now, there’s not a lot to aid clinicians in ferreting out this increased risk. Traditional cardiovascular risk assessment tools, like Framingham risk scores and atherosclerotic cardiovascular disease risk score from the American College of Cardiology, have been found to overlook the real risk of cardiovascular disease in people living with HIV. Plus, most guidelines, including those from the British HIV Medical Association and the American College of Cardiology, primarily focus screening on people 40 or older.

Researchers then tracked participants over time to identify the incidence of heart attack, stroke, peripheral vascular disease, and heart failure, as well as common risk factors for heart problems, such as high blood pressure, type 2 diabetes, chronic kidney disease, atrial fibrillation, and use of a lipid-lowering drug such as a statin.

The investigators then sectioned the data on heart disease risk by decade — 2000-2009 and 2010-2019 — in order to separate the potential impact of antiretroviral treatment (ART) drugs, from early combinations that have been associated with cardiovascular disease, to current drugs that are less likely to have that effect.

Overall risk for any kind of cardiovascular disease was 54% higher among people living with HIV of any age, compared to their age- and risk-matched peers. And when they broke the data down by age, they found that people younger than 40 had nearly twice the risk for any heart disease as their HIV-negative peers, which was a numerically higher risk than for people older than 40 — though not significantly so.

“That was the biggest limitation of our study,” Gooden told Medscape Medical News. “The fact that the risk of cardiovascular disease remains the same in the [first decade] and the later decade goes to show that even if antiretroviral therapies contributed to that …now or 20 years ago, it’s still not the entire reason for the risk.”

Steven Grinspoon, MD, of Harvard Medical School, is the lead author on the REPRIEVE trial, now testing statins as a treatment for people like those in this study. He told Medscape that this large analysis had one of the youngest cohorts of people living with HIV he’d seen to explore these issues. Additionally, it backs up what the team recently reported in the Journal of the American Medical Association — that plaque was present in 49% of 755 people living with HIV, despite having risk scores for cardiovascular disease in the normal range. This was as true for people younger than 40 as those older than 40.

For primary care clinicians, the message is that even relatively young people with HIV should be counseled early and often about amending traditional risk factors, while we wait for the results of REPRIEVE to say whether statins improve outcomes for people living with HIV, Grinspoon said in an interview with Medscape.

“Sometimes physicians and primary care providers say, ‘Well I’ll focus my hypertension efforts on older people, who are closer to having heart attacks,’ ” Grinspoon said. “But this data suggests we should pay attention even in young people…and pay particular attention to women who wouldn’t have traditional risk scores that were very high at all, largely because they are women.”

The study was funded by Merck. Gooden has disclosed no relevant financial relationships. Grinspoon reports receiving personal and consulting fees from Theratechnologies and ViiV Healthcare.

Heather Boerner is a science and health journalist who has been covering HIV for a decade. Her book, Positively Negative: Love, Sex, and Science’s Surprising Victory Over HIV, came out in 2014.