Decline in Function Starts Up to 10 Years Before Stroke 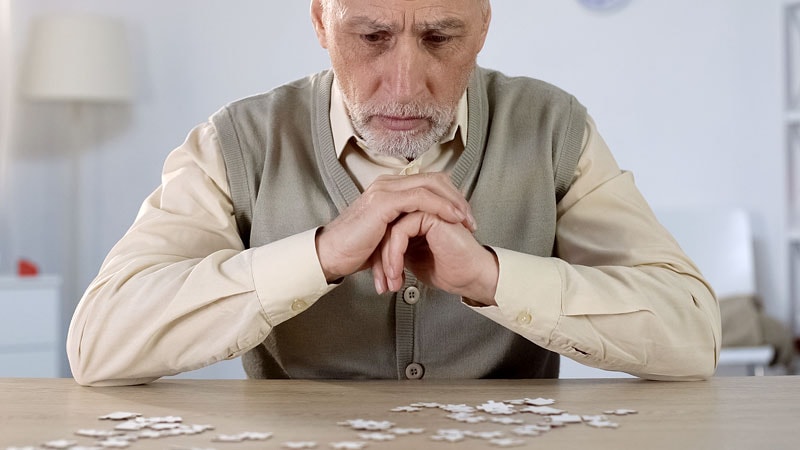 A new study has shown that stroke patients had steeper declines in cognition and daily functioning in the preceding 10 years than stroke-free individuals.

“Our findings suggest that accumulating intracerebral pathology before the acute event already has a clinical impact, allowing for the identification of high risk individuals,” the authors say.

The study was published online July 6 in the Journal of Neurology Neurosurgery & Psychiatry.

The authors, led by Alis Heshmatollah, MD, Erasmus University Medical Center, Rotterdam, the Netherlands, note that stroke patients show an acute and accelerated decline of cognition and daily functioning immediately after the event and in the following years, which is mostly attributed to accumulating cerebral small vessel disease, neurodegeneration, and inflammation.

But they point out that these pathophysiologic changes are already present before a stroke, with a few, limited studies suggesting that cognitive and functional deterioration starts 4 to 6 years before a stroke.

“Understanding this prestroke deterioration could help to unravel the pathophysiology of stroke and to identify those at high risk of stroke for inclusion in primary prevention trials or targeted therapy,” they say.

For the current study, the researchers assessed data from 14,164 individuals aged 45 years or older from the population-based Rotterdam Study who had undergone extensive physical and cognitive examination every 4 years between 1990 and 2016.

Participants who experienced a first stroke were matched with stroke-free participants in a 1:3 ratio based on sex and birth year. During a mean follow-up of 12 years, 1662 participants suffered a first-ever stroke.

Results showed that patients who had a stroke showed worse scores on all cognitive tests than stroke-free matched control subjects.

The basic activities of daily living scores (which assess activities such as dressing, hygiene, eating, and walking) started to show differences between the future stroke and stroke-free individuals at 8 years before the stroke (significant at 2.2 years).

The trajectories for instrumental activities of daily living (which represents activities that require more cognitive capacity, such as shopping, meal preparation, taking medication, management of finances, travelling alone, and using a telephone) started to differ at 7 years before stroke (significant at 3 years).

Women, patients with the apolipoprotein E (APOE) Σ4 genotype, and those with lower educational levels were particularly vulnerable for prestroke decline of cognition or daily functioning.

“These findings suggest that cognitive reserve may indeed modify the association between cognition and stroke, possibly through a synergistic interaction between neurodegeneration and cerebrovascular pathology,” the researchers note.

They add that this rationale is further strengthened by previous studies finding that higher education in patients who had a stroke is associated with less cognitive decline, dementia, and disability after stroke.

Levine noted that the findings confirm observations from previous studies showing cognitive and daily functioning declines 4 to 6 years before the stroke, and extends previous research by showing that the declines start far earlier than previously thought — 10 years before the incident stroke.

“The study found that patients with female sex, APOE Σ4 genotype, or lower educational levels have faster cognition and daily functioning declines before a stroke. This finding is consistent with evidence showing that these groups tend to have a more rapid cognitive decline in the absence of stroke,” she commented.

“This study suggests that we might be able to identify patients at risk of stroke and dementia by detecting cognitive and functional declines in middle-aged and older adults,” Levine said.

She noted that evidence currently supports intensive blood pressure lowering and lipid lowering in patients with high cardiovascular risk, but not in those at low to moderate cardiovascular risk. “Patients with cognitive or functional declines might benefit from intensive blood pressure and lipid lowering, but this is unproven.”

Levine pointed out that other clinical implications of this study are that cognitive and functional declines are signs of end-organ damage, like stroke, heart attack, and kidney disease. “Cognitive and functional declines in middle-aged and older adults appear to be the consequences of the brain and nervous system damage from cardiovascular risk factors, neurogenerative disorders, and other health conditions over our lifetime.”

She added that more research is needed to show the best ways to identify and treat patients with cognitive or functional decline to lower their risk for stroke and dementia, and to understand better the ideal time to intervene before declines in cognition and function even start.

Also commenting for Medscape Medical News, Vladimir Hachinski, MD, DSc, professor of neurology and epidemiology at Western University, London, Ontario, Canada, said that this is one of several studies showing that cognitive impairment is a risk factor for stroke.

But he noted that this study “has some welcome additional features, such as longer follow-up, extensive cognitive assessments, and more sophisticated assessment of daily activities, such as finances.”

He also pointed out that although the authors did not specifically study so-called silent strokes, they have also been shown to be closely correlated with cognitive impairment.

“It is now well established that vascular and neurodegenerative pathologies coexist, interact, and worsen each other, and that stroke and dementia should be prevented together,” Hachinski commented.

Noting that hypertension is “the single most powerful and treatable risk factor for both stroke and dementia,” he suggests that patients with poorly controlled hypertension should undergo cognitive screening.