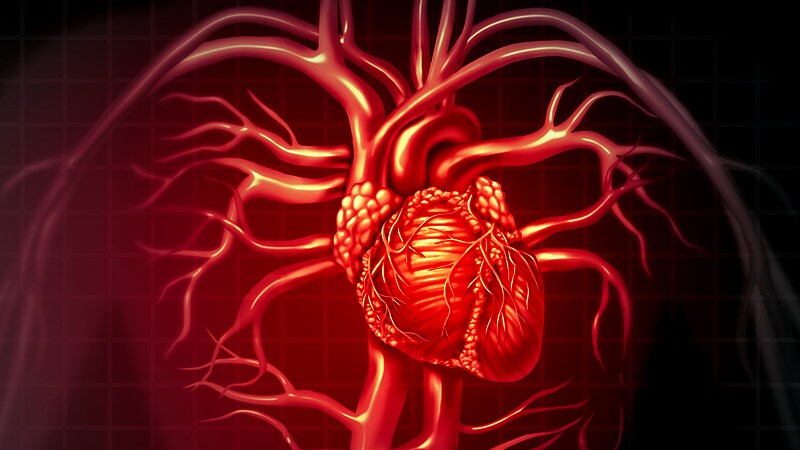 LA is an extracorporeal treatment that involves the physical removal of lipoproteins from the blood. It is used only in patients where lifestyle and pharmacologic treatment cannot reduce lipoproteins sufficiently.

Schettler said that, in Germany, there is an algorithm for when to start LA, and the GLAR includes high-risk and extremely-high-risk patients for cardiovascular events, with almost 50% of all patients receiving GLAR in Germany recorded.

The database “shows an impressive decrease of cardiovascular and noncardiovascular events within 2 years of LA treatment, which remained low in the following years,” a finding that is “in line” with previous studies. He added that the results show LA is safe.

Schettler believes that the introduction of newer lipid-lowering drugs, such as proprotein convertase subtilisin/kexin type 9 (PCSK9) inhibitors and antisense therapies “may reduce LA patients for treatment but due to increased attention on severe lipid disorders,” more patients could be referred for LA.

The research was presented at the European Atherosclerosis Society 2021 Virtual Congress on June 2.

Schettler told theheart.org | Medscape Cardiology that in Germany, LA is available not only in university centers, but across the country, and is administered in nephrology centers as an outpatient treatment.

“If you compare it with the European countries — for example, in France, Italy, England, or Netherlands — it’s a little bit more focused on some universities,” and there are consequently few treatment centers.

“The problem is, I guess, the reimbursement story,” Schettler said. “You need the knowledge first, and then second is reimbursement and [identifying] the right patient,” adding that he hopes to create a European agreement on criteria for using LA.

Session chair Jeanine Roeters van Lennep, MD, an internist specialized in vascular medicine at the Erasmus Medical Center, Rotterdam, the Netherlands, commented that, “until 2 years ago, there was no reimbursement for adults at all” in her country.

“There was only one center in the Netherlands that did apheresis, but the hospital had to pay for it themselves,” she explained.

“Then there were some children with homozygous familial hypercholesterolemia who had reimbursement [for LA], so you had this strange situation that when they turned 18, suddenly the apheresis had to stop,” she added. “That was the incentive, in the end, to get reimbursement for adults.”

Schettler said that in Germany, patients are given reimbursement for LA for 1 year, after which they have to apply for reimbursement again, “so actually it’s really hard,” adding that the system is “adapted” to the approval of PCSK9 inhibitors and other novel drugs.

Kenneth R. Feingold, MD, Professor Emeritus, Medicine, University of California, San Francisco, told theheart.org | Medscape Cardiology that LA “is not widely available in the US and the number of patients receiving lipoprotein apheresis is much less than in Germany.”

He commented that it is “also very expensive in the US, which limits its use.”

Feingold also agreed that the introduction of novel lipid-lowering therapies will have an impact on its use, saying that, indeed, they have “already greatly reduced the need” for LA.

He added that with regard to lipoprotein(a), drugs are in phase 3 trials that can reduce levels by greater than 75%, which will “markedly reduce the need for lipoprotein apheresis to lower lipoprotein(a).”

Nevertheless, Feingold said that “if studies show that further reductions in LDL cholesterol and/or lipoprotein(a) lead to a greater decrease in cardiovascular events, this could result in changes in the goals of therapy and increase the number of patients…therefore needing lipoprotein apheresis.”

Current data from the GLAR shows that, from May 2012 to February 2021, the number of centers offering LA had risen to 82, and they are currently treating 2055 patients, who have received a total of 47,685 LA episodes, Schettler said, “and this is really unique if you look worldwide.”

The database shows the majority (65.5%) of patients were 50 to 69 years of age when they started on LA, and approximately two-thirds of the participants are men, with the highest relative proportions seen between the ages of 40 and 69.

With many patients having received LA for several years, the distribution of ages in the database has shifted; 34.7% of the patients are now 60 to 69 years of age, and 34.1% are 70 years or older.

The most common dyslipidemia diagnoses at entry were elevated lipoprotein(a) levels and hypercholesterolemia, and the majority (80.0%) had coronary heart disease.

Schettler said the results showed that LA lowered LDL cholesterol levels by a “robust” 68.1% to 69.6% for each year of the database, with all patients brought below the target level of 55 mg/dL (1.4 mmol/L).

LA had a similar effect on lipoprotein(a) levels, reducing them by 68.8% to 73.6%, to bring all patients below the target threshold of 30 mg/dL (75 mmol/L) for the last 3 years of the study period.

Schettler pointed out that this compares with a 78% reduction in the occurrence of MACE with LA seen in the Pro(a)LiFe-Study.

Looking at patients with increased LDL cholesterol levels but normal lipoprotein(a) levels, the team found that rates of MACE were reduced by 61% within 2 years of LA initiation, whereas MANCE rates fell by 31%.

In patients with both raised LDL cholesterol and lipoprotein(a) levels, LA was associated with a 78% reduction in MACE rates after 2 years, while MANCE rates fell by 59%.

The most common adverse event was puncture problems, occurring in 0.84% to 3.42% of treatments per year; hypotension “was less than 1% and over the years is reducing,” Schettler.