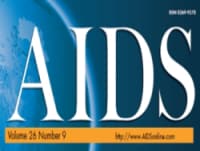 Objectives: The aim of this study was to examine the impact of late presentation (CD4+ cell count <350 cells/μl or an AIDS-defining event) on effectiveness and safety of initial antiretroviral therapy (ART) and to evaluate whether treatment response depends on first-line ART regimen in late presenters.

Design: ART-naive adults from the Cohort of the Spanish HIV/AIDS Research Network (CoRIS) starting triple ART between 2010 and 2018.

Conclusion: Despite safety and effectiveness of initial ART in terms of viral suppression, late presenters may not experience complete immunological response. In late presenters, effectiveness and safety depends on both the class and the specific first-line ART regimen.

In 2011, a consensus definition was reached in the ‘HIV in Europe study group’ to define late presenters as persons presenting for care either with a CD4+ cell count less than 350 cells/μl or an AIDS-defining event.[1] In Europe, prevalence of late presentation ranges from 47 to 57%[2,3] and in Spain is around 47%.[4,5]

Late presentation is associated with increased morbidity and mortality,[2,6,7] as well as increased resource burden[8–11] and high risk of HIV transmission.[12,13] Thus, late presentation may represent an important barrier in achieving the UNAIDS goals to end the AIDS epidemic by 2030. Individuals presenting late for care initiate treatment with low CD4+ cell count, which may lead to an impaired virological response[14,15] and an increased risk of treatment failure.[16] Moreover, immunosuppressed individuals at diagnosis may take longer to achieve CD4+ cell count normalization (García et al., 2004) or not experience a complete immune restoration, even despite sustained virological response.[17,18] Most of the published studies consider effectiveness and safety of initial ART treatment in relation to initial CD4+ cell count and only few of them compare response in late and nonlate presenters according to the consensus definition that also includes presence of AIDS events.

Regimens based on integrase inhibitor (INI) are recommended as the preferred first-line ART[19–21] because they have shown both faster viral load decline and CD4+ cell count recovery compared with protease inhibitor or nonnucleoside reverse transcriptase inhibitor (NNRTI)-based regimens.[22–26] Despite the high prevalence of late presentation, very little information exists on which ART regimen should be used first late presenters. In fact, individuals with an advanced HIV disease and mainly those with opportunistic infections are usually excluded from randomized clinical trials and no specific guidelines exist on how to treat them.[27] Therefore, it is important to characterize both effectiveness and safety of specific initial regimens among late presenters.

We aimed to study the impact of late presentation on the effectiveness and safety of initial ART, and to evaluate whether, among late presenters, treatment response depends on first-line ART regimens.