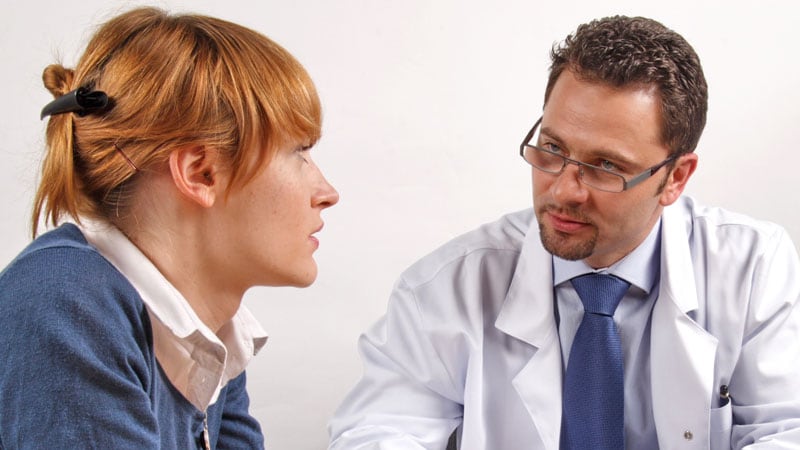 The US Department of Health and Human Services (HHS) has proposed overturning rules issued during the Trump administration that effectively prohibit clinicians at Title X–funded health clinics from discussing abortion or referring patients for abortions.

HHS proposed the overhaul of the Title X regulations on Wednesday. The previous administration’s 2019 rules “have undermined the public health of the population the program is meant to serve,” HHS said in the introduction to its proposal.

“Clinicians providing care to patients must be empowered to share the full spectrum of accurate medical information necessary to ensure that their patients are able to make timely, fully informed medical decisions,” said Maureen G. Phipps, MD, MPH, CEO of the American College of Obstetricians and Gynecologists (ACOG), in a statement. “This means transparent, respectful, evidence-based conversations about contraception and abortion care. The proposed rule will ensure that those conversations can once again happen without restrictions, interference, or threat of financial loss,” she said.

“Providers of comprehensive reproductive health care, including abortion care, base their relationships with their patients on trust,” said Physicians for Reproductive Health President and CEO Jamila Perritt, MD, in a statement. “The Title X gag rule went against everything we knew as providers of ethical, evidence based health care by forcing providers at Title X funded clinics to withhold information that their patients needed and requested.”

HHS said that since 2019, more than 1000 Title X–funded service sites (25% of the total) have withdrawn from the program. Currently, Title X services — which include family planning, sexually transmitted infections testing, cancer screening, and HIV testing and treatment — are not available in six states and are only available on a limited basis in six additional states. Planned Parenthood fully withdrew from Title X.

HHS said that tens of thousands fewer birth control implant procedures have been performed and that hundreds of thousands fewer Pap tests and a half million or more fewer tests for chlamydia and gonorrhea have been conducted. In addition, the reduction in services may have led to up to 181,477 unintended pregnancies, HHS said.

The closure of sites and decreased availability of services have also exacerbated health inequities, according to the department.

The loss of services “has been especially felt by those already facing disproportionate barriers to accessing care, including the Black, Latinx and Indigenous communities that have also suffered the most harm during the COVID-19 pandemic,” agreed ACOG’s Phipps.

The proposed change in the rules “brings us one step closer to restoring access to necessary care for millions of low-income and uninsured patients who depend on Title X for family planning services,” said American Medical Association President Susan R. Bailey, MD, in a statement. “We are pleased that the Biden administration shares our commitment to undoing this dangerous and discriminatory ‘gag rule,’ and look forward to its elimination through any means necessary to achieve the best outcome for patients and physicians —improving the health of our nation.”

Planned Parenthood also applauded the move, and the HIV Medicine Association thanked the Biden administration for its proposal, which it called “a major step to improve #HealthEquity for all people in this country,” in a tweet.

March for Life, an antiabortion group, however, said it strongly opposed the HHS proposal. The rules “appear specifically designed to bring America’s largest abortion provider, Planned Parenthood, back into the taxpayer-funded program and keep pro-life organizations out,” said the group in a tweet.

“Abortion is neither healthcare nor family planning, and the Title X program should not be funding it,” said the group.

The Title X program does not pay for abortions, however.

The Trump administration rules prohibit abortion referrals and impose counseling standards for pregnant patients and what the Guttmacher Institute called “unnecessary and stringent requirements for the physical and financial separation of Title X–funded activities from a range of abortion-related activities.”

The new rules would reestablish regulations from 2000, with some new additions. For instance, the program will “formally integrate elements of Quality Family Planning Services guidelines developed by CDC & Office of Population Affairs,” tweeted Alina Salganicoff, director of women’s health policy at the Kaiser Family Foundation. “That means that higher standards for providing family planning will be required,” she tweeted. In addition, sites that offer natural family planning and abstinence “will only be able to participate if they offer referrals to other providers that offer clients access to the contraceptive of their choice,” tweeted Salganicoff.

The proposed rules are open for public comment for 30 days. They could be made final by the fall. The Kaiser Family Foundation reports that many sites could be ready to return to the program by then, especially since the recently passed coronavirus relief package, the American Rescue Plan, included a $50 million supplemental appropriation for Title X.

The 2019 rules remain in effect in the meantime, although the US Supreme Court agreed in February to hear a challenge mounted by 21 states, the city of Baltimore, and organizations that included the American Medical Association and Planned Parenthood. Those plaintiffs have requested that the case be dismissed, but it currently remains on the docket.

Not all medical providers are likely to support the new rules if they go into effect. The American Association of Pro-Life Obstetricians and Gynecologists, the Christian Medical and Dental Associations, and the Catholic Medical Association filed motions in the Supreme Court case to defend the Trump regulations.

Alicia Ault is a Lutherville, Maryland-based freelance journalist whose work has appeared in publications including Smithsonian.com, the New York Times, and the Washington Post. You can find her on Twitter @aliciaault.