An example of pulmonary artery sling is shown in the illustration below. 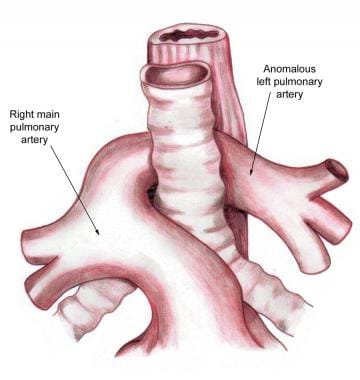 Other organ system abnormalities may occur. These include imperforate anus, Hirschsprung disease, biliary atresia, and genitourinary defects. Abnormalities of ovaries, vertebrae, thyroid gland, and pulmonary parenchyma have been reported.

The specific etiology of the pulmonary artery sling is unknown.