The redback spider (Latrodectus hasselti) belongs to the family Theridiidae, the comb-footed spiders. Its genus Latrodectus also includes black widows, whose name may be more familiar to North American readers. The redback spider can be found throughout Australia, although it is more commonly seen in the temperate regions than in the colder, southern areas. The spider exists in higher numbers in Australia’s urban and suburban areas and is virtually absent in the continent’s forests. Outside of Australia, similar species of Latrodectus include Karakurt in Central Asia, Malmignatte in Europe, the Koppie spider in South Africa, and the Night Stinger in New Zealand. 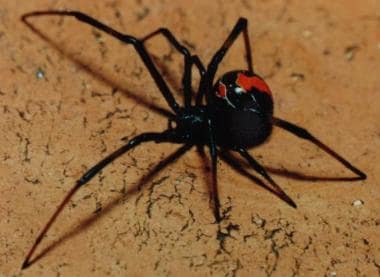 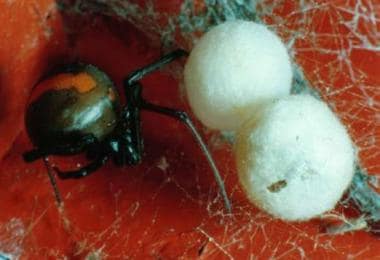