Dilated cardiomyopathy is characterized by ventricular chamber enlargement and systolic dysfunction with normal left ventricular wall thickness (see the image below).
Right ventricular dilatation and dysfunction may be present but are not necessary for the diagnosis. 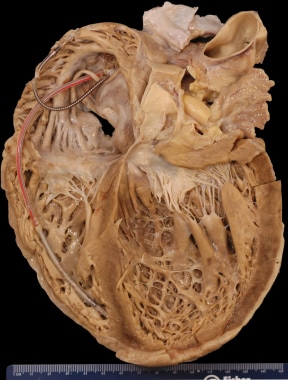 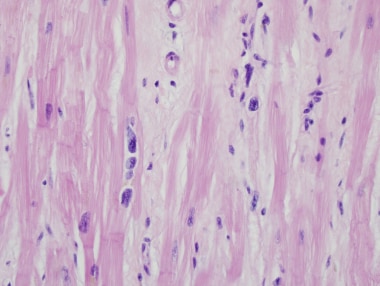 Heart section from a cardiac explant in a patient with end-stage cardiomyopathy. Note the cardiomyocyte multinucleation. The change is nonspecific and can be seen in heart failure from any cause.