The right atrioventricular valve complex (the tricuspid valve) is made up of the 3 valve leaflets, the annulus, the supporting chordae tendineae, and the papillary muscles. The atrial and ventricular masses, conduction system tissue, and support structure of the fibroelastic cardiac skeleton allow coordinated actions of the tricuspid valve.
See the following images. 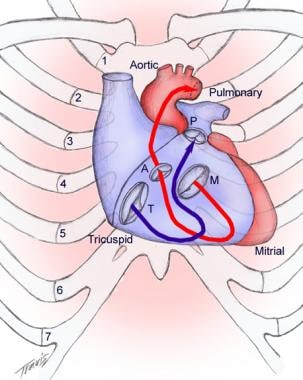 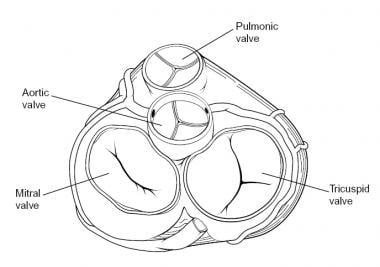 The tricuspid valve is often called the “forgotten valve” or “lost valve,” because it is understudied relative to the other cardiac valves; variations in anatomic structures have been reported in the literature. The tricuspid valve has been described as having as few as 2 and as many as 6 leaflets,
whereas the papillary muscles have been reported to number from 2 to 9.