The brachial plexus (plexus brachialis) is a somatic nerve plexus formed by intercommunications among the ventral rami (roots) of the lower 4 cervical nerves (C5-C8) and the first thoracic nerve (T1). The plexus, depicted in the images below, is responsible for the motor innervation of all of the muscles of the upper extremity, with the exception of the trapezius and levator scapula. 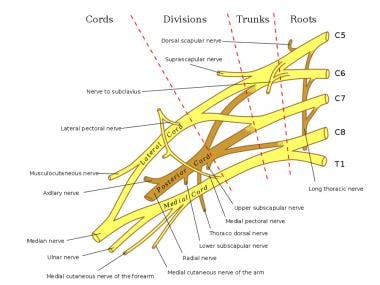 Schema of the brachial plexus. 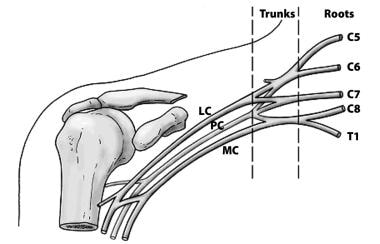 The basic anatomical relationships of the brachial plexus (BP). The BP is subdivided into roots, trunks, divisions, cords, and branches. LC stands for lateral cord, PC stands for the posterior cord, and MC stands for the medial cord. 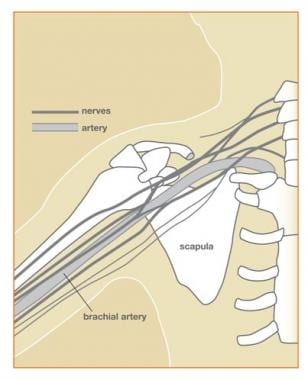 Diagram showing relationships of the brachial plexus (BP) to the sternum, scapula, and humerus.