The circle of Willis encircles the stalk of the pituitary gland and provides important communications between the blood supply of the forebrain and hindbrain (ie, between the internal carotid and vertebro-basilar systems following obliteration of primitive embryonic connections).
Although a complete circle of Willis is present in some individuals, it is rarely seen radiographically in its entirety; anatomical variations are very common and a well-developed communication between each of its parts is identified in less than half of the population.

The PCAs complete the circle of Willis by joining the anterior circulation formed by the ICAs via the posterior communicating (PCOM) arteries. See the images below. 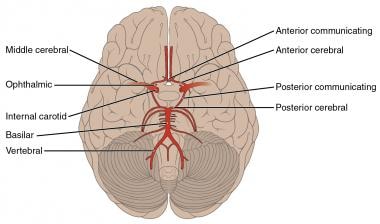 Schematic of the circle of Willis and cerebral vasculature in relation to local anatomy. Courtesy of Wikimedia Commons. 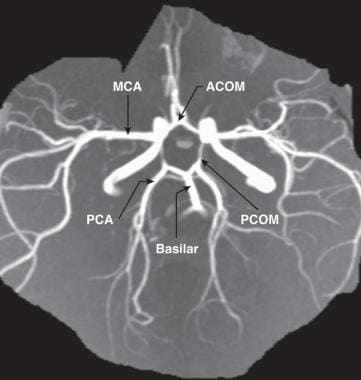 Magnetic resonance arteriography illustrating the circle of Willis and its branches.