Approximately one fourth of the world’s population is myopic. Radial keratotomy (RK) for myopia has developed slowly over the last century. Since it was first performed in the United States, the operation has been the subject of interest and lively debate among ophthalmologists and patients with myopia. See the image below. 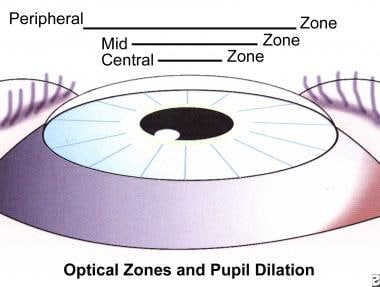