Duane first described V-pattern strabismus in 1897.
Other investigators also studied these phenomena, contributing to the understanding of them. Costenbader and colleagues recommended measuring the horizontal deviations in upgaze and downgaze as part of all routine motility examinations.

Two types of V-patterns can occur, as shown in the images below. 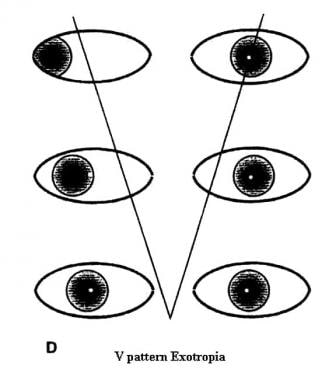 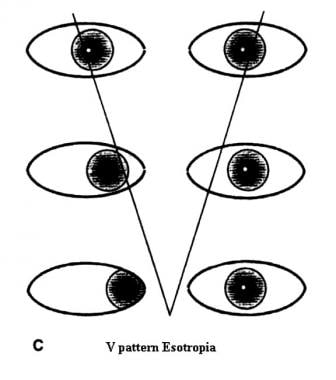 Other types of vertical incomitances, which are less common, include X, Y, and lambda patterns. This discussion is limited to V-pattern strabismus.